REVIEW OF THE VJ MAXX 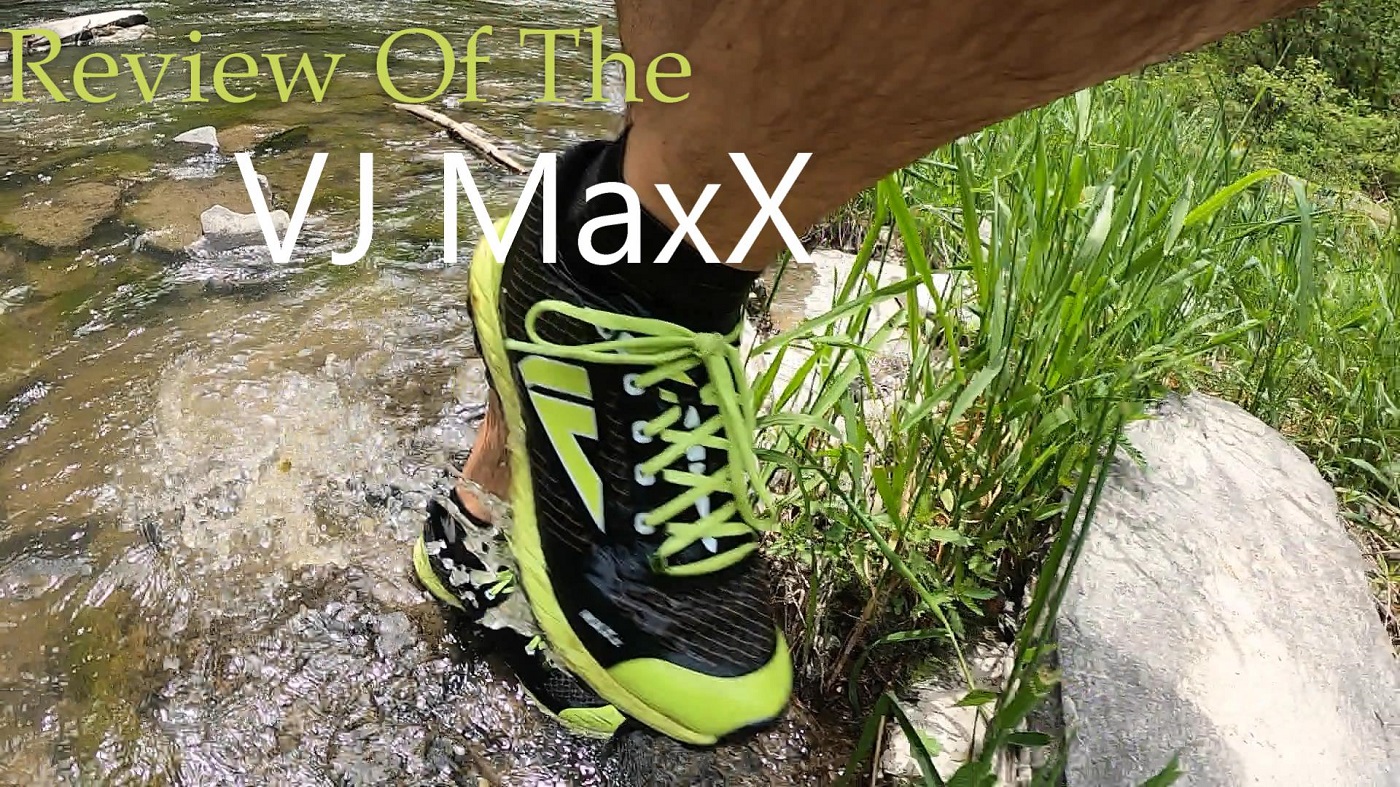 REVIEW OF THE VJ MAXX

Looking for one of the best grips and most durable uppers on the trail shoe market? Join us as we review the VJ MaxX from bottom up, and see whether this may be your next favorite trail running partner.

“The Best Grip On the Planet”. When you hear that phrase, maybe you think of the most iconic free climber of all time, Alex Honnold, sticking a literally life or death grip on El Capitan’s Boulder Problem in the middle of his Free Solo.

Or maybe, closer to home, you think of Ben Nephew’s OROC cleats needing to grip the bare rock of one of the most technical race pitches in the country, Breakneck Point, as he descended en route to an FKT in 2014 in this clip from Mountain Peak Fitness, and where a lack of grip could yield serious injury or death at that effort.

Well, there’s one company out there staking the claim to the title with the slogan and hashtag, #BestGripOnThePlanet.

VJ is a company and rooted in the design of light and rugged footwear born in the forest of Finland and in the context of orienteering. The footwear must offer protection and durability needed to cover unpredictable and variable terrain. The durability to withstand tearing in off-trail sections. Traction sufficient enough to stick where there is no trail. VJ’s grown to meet related demands, and be embraced by some of the top OCR racers in the world.

For this round, we’re going to dig into one one of their models, the MaxX. I chose the MaxX out of their lineup based on its intention for endurance, a bit more volume in the forefoot, and a more versatile lug pattern.

Reviewers of the VJ MaxX

I’ve traditionally preferred shoes with versatility, which can cross between both technical trail and through hardpack or road sections. Models without stone guards. Those with good ground feel and a low profile, and with a decent amount of splay room in the toebox. In the video version three of us will weigh in.

Weighing in on the video review will be friend and teammate Ben Nephew. Ben’s arguably one of the best technical trail runners of the past two decades, and, for much of that time, whose done wear testing and weighed in on materials and design for Inov8.

Also in on the video review is a friend Robert Seltzer. His feedback I feel is critical to test the claimed properties of this shoe as historically, he consistently destroys shoes and gear. His #1 blowout spot is the upper in the lateral forefoot. You can see his blowouts of Hoka, Hoka, Altra, Altra, Saucony, Saucony, and nearly Topo in the video. Yeah, he’s pretty consistent. If somebody’s a good candidate to test the Maxx, it’s Robert. And he’s pretty particular about the level of traction needed.

Alright…the Maxx from the ground up.

So let’s dig into the shoe a bit, and, in doing so, give you feedback from three of us (video version) in the Collective who’ve thrown an opening hundred miles or so in. Let’s start with the specs:

The VJ MaxX offers 4 mm lugs with greater surface area at the heel and forefoot. While the lug line to the rear of your metatarsals form a rough chevron or V shape, the outsole pattern is fairly unremarkable. What it does offer is a good amount of surface area for a relatively smooth underfoot feel, making them able to cross between sections of hard-pack if not pavement. The spacing keeps mud from sticking and collecting between the lugs themselves, and the slight grooves in the forefoot provide a bit of flex in break points.

What is remarkable though is the VJ MaxX’s use of 100% Butyl Rubber, a rubber which resists oxidation and breakdown, and offers exceptional stickiness. We confirmed, in head to head testing, that it is indeed the stickiest outsole rubber on the trail running market.

Sandwiched between the out and midsoles is a full-length rockplate comprised of firmer EVA, there for both protection and further stability.

VJ’s midsole material of choice? Phylon. First used in dolls sometime long ago, phylon is a compressed EVA material which is soft, light, but also impervious to water and microbials. As Ben mentioned as we chatted a bit, the density, look, and underfoot feel is similar to the prior Scott Supertrac RC. The RC however used Aerofoam which was light, soft, and durable.

Set between the Poron units is a torsion shank which increases torsionally rigidity and stability between those cushioned pods.

It also is a rare bread in offering a full-length stone guard, in this case, in the form of a denser EVA layer.

The VJ Maxx is one of the only shoe that will serve you well if you happen to run into the sword-wielding black knight on the trail from Monty Python. That’s because they weave Kevlar into the upper. Kevlar? Yup, Kevlar, a material that even swords can’t puncture. The stuff is durable. Additional brands and models which we’ve also reviewed, have started using Kevlar in the uppers. Most notably Matryx used in the Salomon S/Lab Cross, and North Face’s VECTIV Infinite and Flight VECTIV.

Additionally you have an inner band which they call FitLock. FitLock is an elastic moldable material which in time gives to your foot, wraps the inside. They also have a full rubberized toe bumper or guard to keep your dogs protected when kicking rocks on descents. The drainage is decent.

The General Shape and Out of the Box Feel

For me, right out of the box, it feels like a technical jackknife. The volume in the upper is relatively shallow. The toe box though feels right on, providing a bit of birth for your metatarsals to splay. The taper keeps away from the end of my toes but isn’t too roomy to feel swimmy on descents. The arch contour feels middle of the road, nothing too remarkable.

The tongue. Leather clad and padded, and as noted in most reviews comes up short at the ankle. For me it makes it a bit of a pain to slip it on without unlacing / lacing, but I haven’t had any issues in feel on the run. While no doubt the FitLock is adding support through the arch, I don’t actively notice it.

You feel the integrity in the upper immediately and it makes synching the laces slightly more difficult than shoes with softer uppers. Once laced and set though I’ve not had any issues with them loosening or the laces coming untied. That integrity in the upper though also leaves it without much room for push, and that’s something that’s noticeable at the outset.

The Outsole in Motion

Underfoot they feel like technical mountain shoes. You notice out of the gate the grip of the outsole rubber, as well as a bit of stiffness in materials and shank. Within the first 50 miles they either broke in a bit, or I just got used to the feel. Maybe a bit of both.

The Butyl Rubber does indeed feel pretty exceptional. The spaced flat lugs, and at only 4mm allows the Maxx to run pretty smoothly (for a technical and mountain shoe) over versatile terrain. Although it’s not a cushioned underfoot feel crossing hard-pack, and where you can hear the protection underfoot, it’s also not a rough ride. On trail you can truly feel the protection, and they do indeed convey a feeling of trust and protection over rough patches. Closest match would probably Graphene as reviewed here with the Inov8 TerraUltra G 270. You can find my review of the Inov-8 TerraUltra G 270 here. I would say the grip is fairly close, but with Graphene having better durability. In putting them side by side with the Salomon Wildcross’s Contragrip, the Wildcross lug configuration gripped at dry / soft ground a bit better, but the VJ’s surface and Butyl held their own better on moist surfaces. You can find my review of the Salomon Wildcross here.

A hundred or so miles in I do see some outsole wear though as I have in all shoes. I typically will wear through the outer heel rubber of all shoes, it’s just where I strike and get abrasion. Based on how firm the Butyl rubber felt, I was expecting to get hundreds of miles out of these. I’ve unfortunately punctured through the outsole rearmost lug in somewhere north of only 100 miles. I’ve gotten better durability out of Graphene and Vibram, with a similar feel of protection. But, I think VJ’s Butyl has better grip at less weight than Vibram. So, it’s a bit of a trade off there, and may not make a difference for someone not prone to wear through outsoles in short order.

Aside from some crease marks in the upper, I’ve had no issues or frays. The tongue’s leather padding and surface cover, at the points where the laces synch in, did wear fairly quickly, but it hasn’t seemed to matter on functionality and it doesn’t seem to be wearing through to a base layer so I think its just an aesthetic impact.

VJ has earned a solid base and loyal following in the Orienteering and OCR world. They should make decent gains in the trail dedicated space, even if a tough road for trail-only brands to find a footing. I don’t think the VJ Maxx is going to take the cake as far as out of the box plush rides go, but, they do convey immediate confidence in materials, and they run along those lines. At a price point of $160, they’re on the upper end of the spectrum. But, if they indeed prove to remain exceptional in durability and quality, and in the areas such as upper which have been issues for you, then the value is there, and should give you more miles per dollar than most.

Thus far they are living up to the slogan, with pretty exceptional traction for a pretty versatile chassis. For someone looking for a solid technical trail model with good protection, median volume, and not requiring a plush underfoot feel, this could be your match.

Ready to put the VJ MaxX to the test? You can find them in the Trails Collective Shop here.