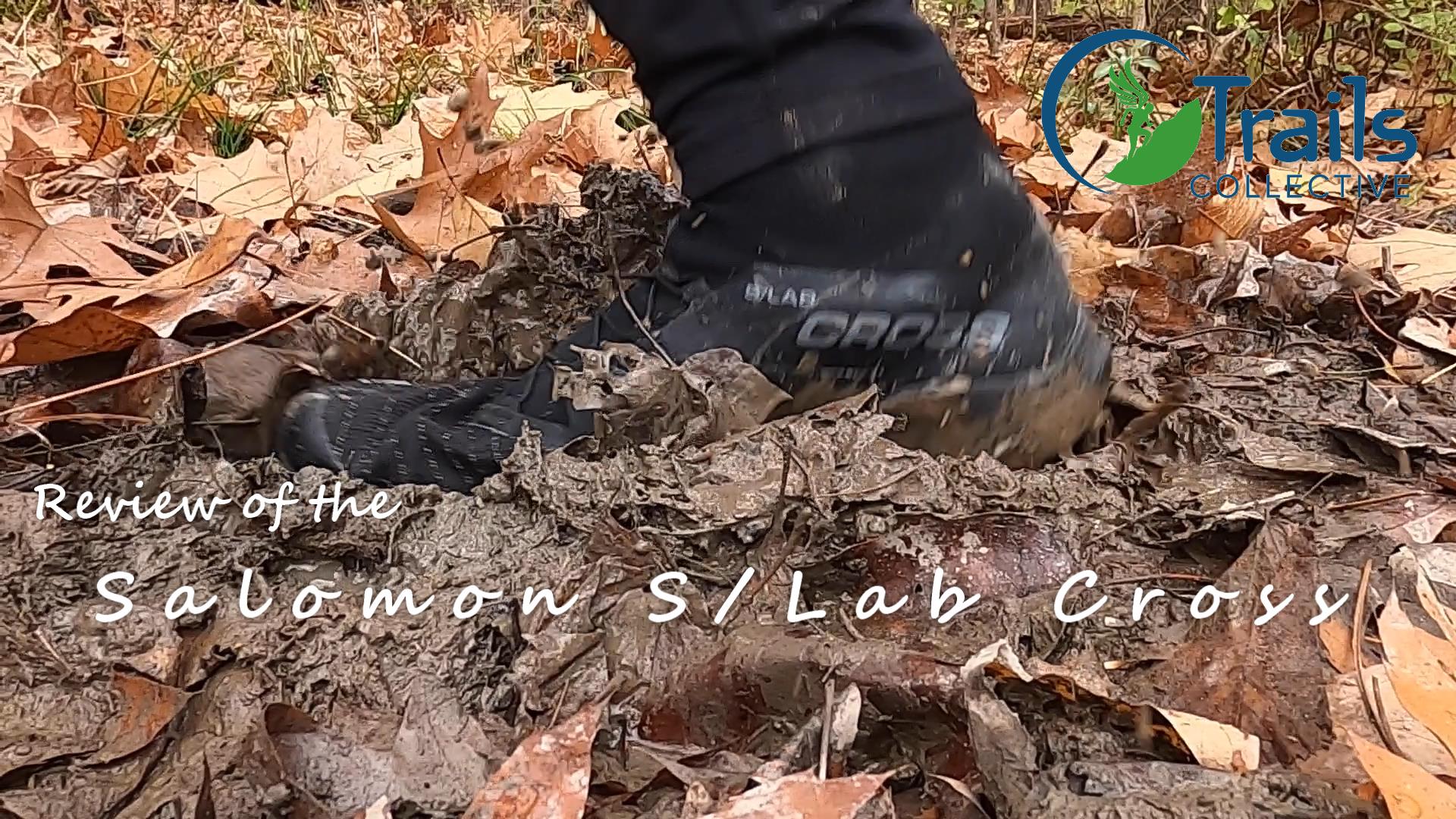 The Salomon S/Lab Cross is a pretty slick if not wild shoe that pushes the boundaries of materials, design, and function. I think that Salomon has done a pretty fantastic job of designing an upper and midsole combination which can fit a wider variety of feet than the narrow silhouette might suggest. Their light and uber flexible platform implores you to go play in the mud. It’s been a lot of fun seeing what the shoe can do across varied terrain. So, let’s get into the specs, materials, and feel of the shoe.

The Shape and Fit:

Similar to other S/Lab models, the S/Lab Cross is sculpted with a narrow heel and midfoot. That, paired with the soft sock-like upper, may favor a higher arch. The fabric in the upper wraps the midfoot quite well, but without an insole, there’s little rise in the shoe to meet it. Conversely, although quite narrow in the midfoot and heel, the materials are soft enough to allow a dropped arch to fall into the shoe and upper without a problem. It has a broader forefoot, a reflection of Salomon evolving their line (I think) towards a broader and US market.

The most notable feature is their integrated gator which comes up to mid ankle and fits like a glove. The rear melding with welded rubber set atop midsole rear flares provide lateral anchoring for mild off-camber terrain. In the rear of the gator they’ve woven in two pods of padding which function in place of a traditional heel collar and I think will secure most heels. The quick lace system garage is woven into the upper and a strip of padding runs the length of what would be the tongue to relieve compression. This sock-like gator extends to the toes and is wrapped in the shroud of Aramid.

The Shroud of Aramid

The shroud wrapping the upper is woven using inlays of Aramid (trade name: Kevlar) which provides increased durability and stability. The materials in that shroud are also hydrophobic. Whether I ran it through wet grass, or full-on creek submersion, the shoe itself felt dry almost immediately. I could tell that my sock was wet, but the shoe itself didn’t feel wet at all. In that regard the S/Lab Cross handles submersion better than any shoe I’ve owned, aside from the Adidas Adistar Steeple Spikes which I raced to death in college. Whereas those Adistar Steeple’s had perforations through the midsole to allow drainage, they had no where near the bouncy midsole that the S/Lab Cross is grounded on.

Salomon’s midsole material of choice for the S/Lab Cross is EVA, and specifically a blend called Energy Cell +. It feels relatively soft and bouncy. It’s a singular midsole foam composition similar to what’s used in the SpeedCross, Wildcross, and blended into other S/Lab models. The feel between those models however is much different and accentuated by and uber flexible design. The Energy Cell + scale may have the Speedcross on one far firm end, the Wildcross in the middle, and the S/Lab Cross on the softer bouncier side. Being as light and as flexible as they are is a blessing and a limitation. They feel amazing and able to mold to near any terrain. But, it also means your foot will have to do more of the work, and that restricts most people to using them on softer ground and shorter distances. That brings us to the outsole.

Contagrip TA, the compound used in other soft-ground models including the Speedcross and Wildcross is used to comprise the outsole. That compound is designed to be the stickiest Salomon outsole rubber, and intended for loose, soft ground. Conceptually inspired by a gecko’s foot, the 6mm lugs are aggressive sticky pods which flex, dig, and grip over varied terrain. They’re notched with a Chevron pattern which accentuates grip in the forefoot when climbing, and breaking while descending. I think they do a fantastic job on soft ground, but the aggressive depth keeps them pretty tied to those surfaces. The durability of Contagrip TA is okay, but not stellar. However, so long as they’re not being consistently run on pavement, they hold up just fine.

For as minimal a shoe that the S/Lab Cross is, the durability has been outstanding. So far the outsole rubber is holding up quite well, with no noticeable abrasions or tears over technical terrain. Salomon seems to have improved prior eyelet material design which had a hand in quick-lace snapping, so hopefully that’s a thing of the past. The outsole rubber shows some wear over a couple hundred miles, but the lugs are deep enough to handle it. We’ll follow up if something goes quicker than it seems that it should, but, so far so good and exceeding prior S/Lab models of similar weight.

The Salomon S/Lab Cross is a light, uber flexible, Ferrari of an off-road shoe designed to tackle loose soft-ground and mud. It does just that exceptionally well. With a sock-like upper acting as a gator to keep debris out, and a sticky aggressive outsole, it represents a full package designed to handle muddy wet conditions. The softness of the upper lends itself to accommodating more feet than the narrow heel and midfoot would suggest, and the increased forefoot volume will allow it to fit a wider audience than traditional tapered toe Salomon models could. With a niche intended function, and skybox pricing of $180, overall sales will be limited. But, for those who do gift themselves or with the means to get a pair, they are an absolute blast to run, pushing the boundaries of material and design and a testament to Salomon’s slogan of #TimeToPlay.

Ready to Run Them?

Ready to get your play on, jumping in the nearest mudhole or snow drift you can find? Give us a call, send a message, or purchase a pair here. Then run them with the excitement of a kid in a candy-shop.

Thanks for checking in and be sure to check out our other reviews here!