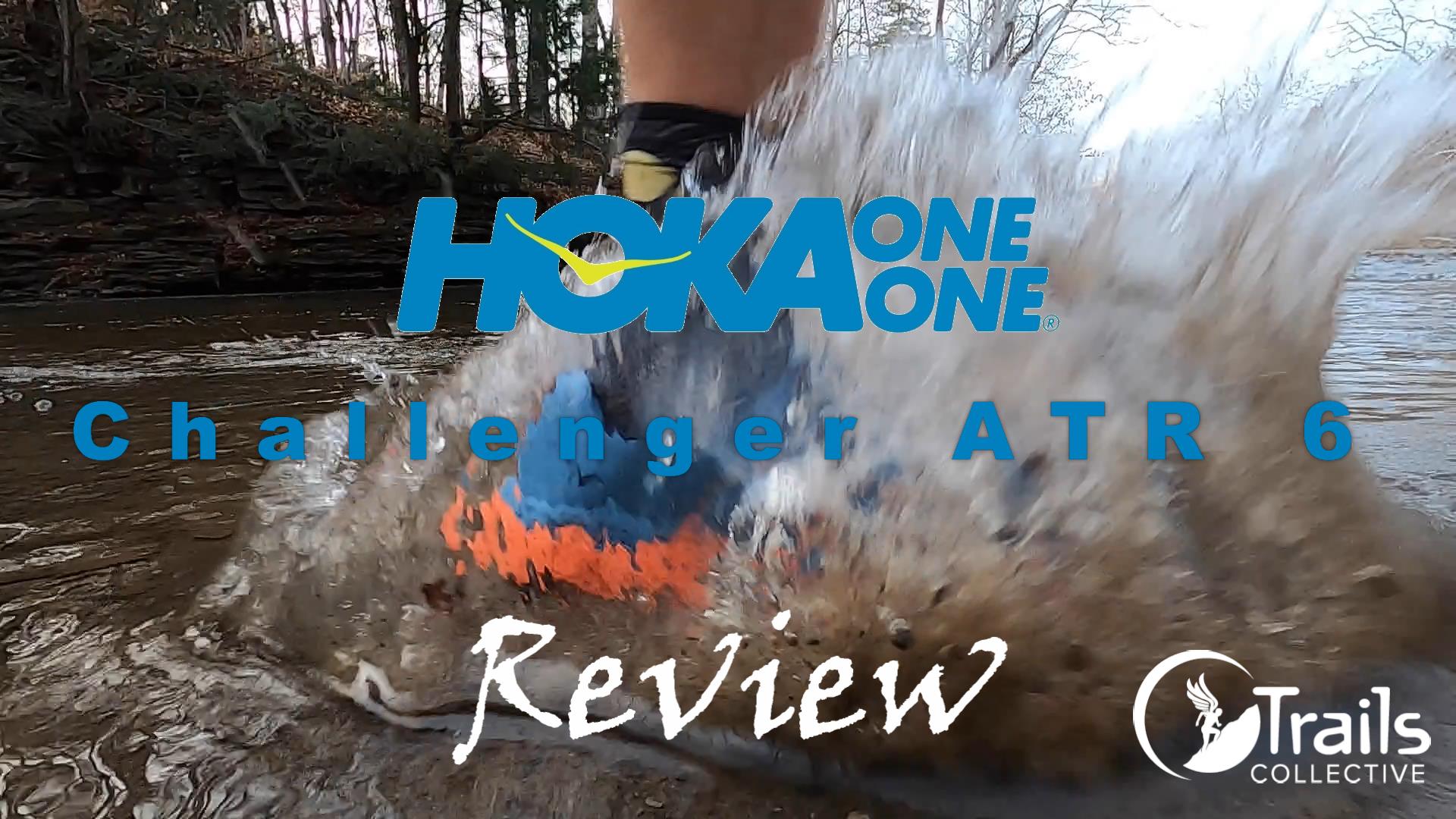 The Hoka Challenger is a secret weapon. The latest edition, the ATR 6, is a continued improvement on this reliable, do anything shoe. It’s the ideal Upstate NY – door to trail -mixed weather condition runner that I’ve utilized.   I’ve ordered Challengers from the Finger Lakes Running Company for the past six years and find they meet  most of my diverse running needs. I’ll take you through some of my first impressions here.

·       While not the sexiest looking shoe in comparison to other models, particularly Hokas, it is clean looking, and feels to be a sturdier version than its predecessors. I’ve often heard it referred to as the trail version of the Hoka Clifton, but I think that comparison falls short. It’s better than the Clifton because of its sturdier sole. It appears Hoka thinks that now too – as the insole now brightly indicates it is “Smooth for Road & Trail.” It seems they are now marketing this as more of a hybrid rather than purely a trail shoe.

·       The ATR 6 looks pretty similar to the Challenger 5, but quite a bit different from the earlier versions. Early Challengers were great simple and light. The 5&6 seem to be much sturdier. Aside from the witty insole language, the upper is more cloth like than the 5 or earlier versions. Hoka notes that they are now using a yarn derived from a post-consumer waste plastic which I am really enthused to hear from an environmental stand point and also think it’s a nicer material than used on previous uppers. Much of the rest of the shoe feels very similar to the 5, which the exception of the laces. Laces are a bit thicker and more rope like than the earlier, flat laces. Previous versions were easy to lock your foot in, these new ones will likely “weather” better over time though I think the shoe is better with older, flat laces.

·       The studier new “recycled” upper feels great and ready to go right out of the box. I’ve never been one to race a new shoe but think you could with this one. It hugs the foot well while provider a bit more room in the toe box while also making the foot feel more protected. New style laces take a bit more work to tighten in the right fit of the upper, but improvement in material seems worth it. Previous versions of this shoe drained really well. Although I’ve yet to see how this new upper drains, I think the new design will drain fine. I may be imagining it based on the feel, though this new upper makes the shoe feel a bit heavier. I would however trade added weight for a bit sturdier rig.

·       Midsole seems very similar to the 5, and is comfortable though not the super cushioned foam of other Hokas. On trail it provides enough protection from rocks and roots without compromising responsiveness. The 5 and 6 midsole is different than earlier versions but I think it will prove to be better over time on mixed surfaces.

·       Traction on the Challenger 6 is its strongest point. Sole design is a continued improvement from earlier versions with the 6 having a very similar sole design of the 5. The mixed foam and small, soft lugs age remarkably well and are soft enough for road while also providing tremendous traction in the dirt. Challenger traction is outstanding on rocks, snow and ice – areas where I find many trail shoes to be a liability. I think I’d like it if they added more lugs and less foam on the sole – but the ratio works pretty well. I can’t wait for the snow to fly in greater Ithaca to really work out this new Challenger’s super grip.

·       As with many of the foam-based shoes, durability has typically been a bit of an issue with earlier versions of the Challenger. I have worn through Challenger and Hokas faster than other shoes. In addition, previous uppers haven’t always held up to my sloppy running style. Sticks have pulled holes in some of the previous Challenger’s mesh uppers. With 6s new upper, I am convinced I will get several added weeks out of this and I and won’t have the same durability issues. I am however not thrilled that this feels a bit heavier as a result.The Challenger 6 is overall a great update and think it will serve this well and this will continue to be my go to – take with me on any trip – ready for any run from my indecisive running group – swiss army knife type – running shoe.

Ready to give them a go? Check our online shop, and if coming up with zero’s on opening inventory, give us a call!