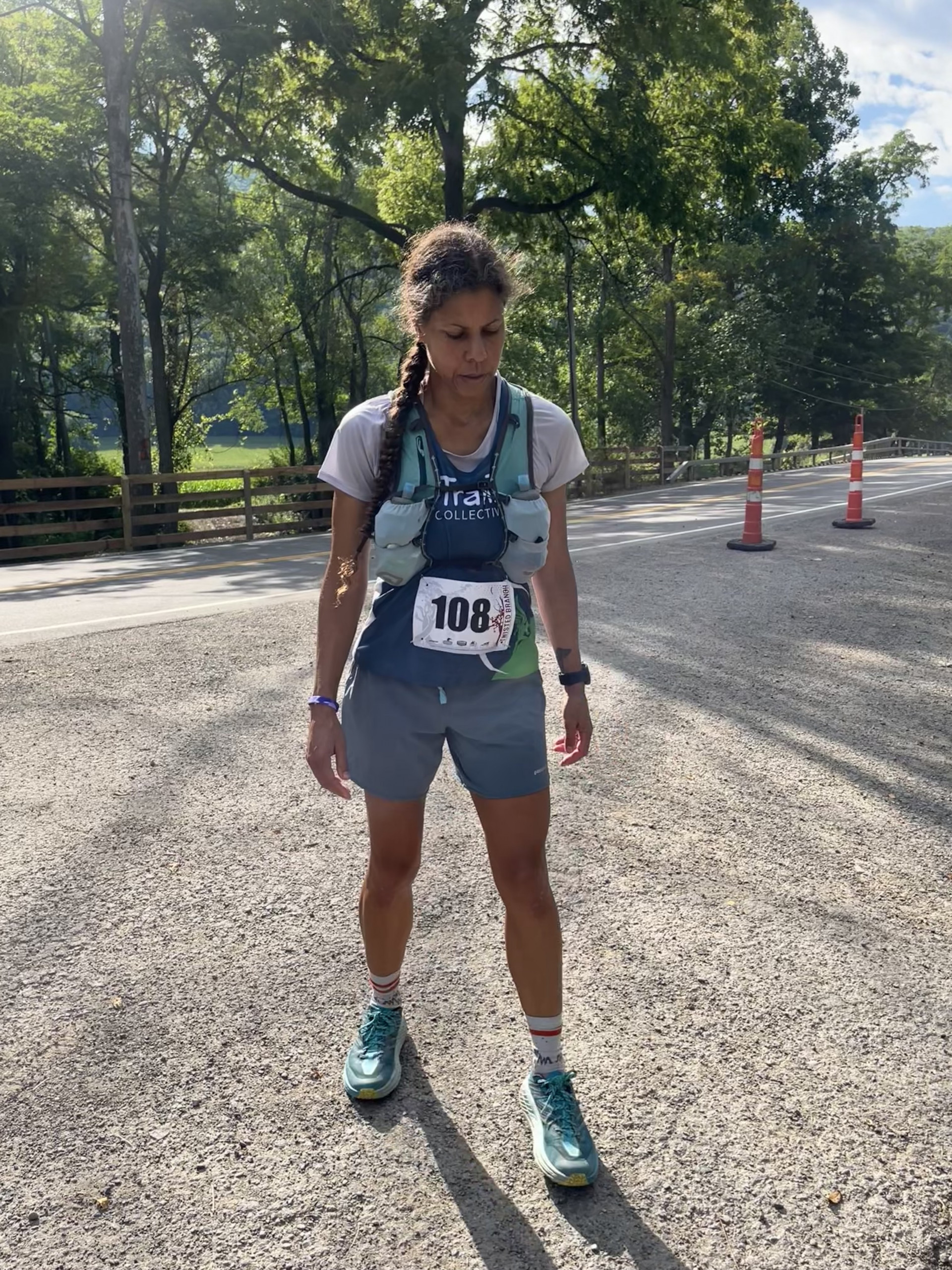 My First DNF and What It Taught Me

It stung because I was now only 20 miles from the last aid station, and in my own mind, I was in the home stretch.

“What do you mean I can’t continue?” was the first thing my mind offered in silent response to the aid station captain informing me that he could not allow me to continue past that point because I had timed out.

All I could think about were the miles that still lay ahead of me, the trails that beckoned to me, and the finish line that I had dreamed about for close to a year.

Yet there I was, at the Bud Valley aid station, watching the aid station volunteers take down the canopies and pack up the water and snacks.

It was all very surreal and dreamlike. Perhaps going from full throttle to a complete stop in an instant will do that.

I paused my Garmin but could not bring myself to end the workout. I would keep it on pause just in case they might change their mind. But rules are rules, and in the end, I waited so long my Garmin ended the workout for me.

Anna drove me back. Her kindness helped ease the sting of my disappointment.

Once at the finish, I collected my camping gear and was offered a mug to take home with me. Allowing all runners, regardless of whether they finish, to take home a mug lessened the sting of a DNF. I respect that not all runners would want a mug if they had not finished, but for me it helped me feel as though I was still part of the Twisted Branch family. I wasn’t an outsider now because I DNFed, just a runner who slowed up a little too much that day and didn’t quite make it all the way as a result.

But in the days that followed, I would remain frozen in time, locked into that moment of longing to finish as I was being informed I could not. As race volunteers and finishers entered the workweek come Monday, I existed in a state of suspended animation, still floating in that singular moment on Saturday afternoon as I watched the aid station being taken down. Perhaps others who DNFed felt the same; perhaps some had already moved on. In hindsight maybe I should have run the roads back to my car. Because I so desperately wanted to run. Regardless, it’s over now.

With the following days the sting lessened, and with the replaying of events in my mind slowly came the wisdom to understand just what caused my race to unravel for me. And thankfully, by Tuesday, the fog had begun to lift, and I felt myself returning to the present. As I look back, there seems to have been a gradual unraveling, one that I may have been able to resolve with a little more grace on that last cutoff time, but one that I did not recognize was occurring in the first place. I’m always quick to begin troubleshooting the moment any hint of trouble sets in. I maintain my focus and I don’t throw pity parties. I run these races without a crew so it’s my inner voice advising me what to do, based on what I’ve learned from others and through my own personal experience. But what I didn’t realize was that, in this race, I was beginning to slow down too much, despite all the troubleshooting. Or maybe, because of it.

Where I messed up:

After I was back in my car, the wheels in my head really began to turn. I started questioning whether I was good enough for any of this. I felt inadequate because I’m a back of the packer (though usually I don’t care too much about position). And for a time, I decided I would be fine if I did not return in 2023. I started questioning whether I really belonged in these tough, technical races.

My husband, who is not a runner but has known me for 19 years, and knows I’m tough enough, had to give me a pep talk because I was on the verge of a meltdown when I came home. He had to remind me who I was, regardless of race outcomes. But he also reminded me that it’s perfectly fine to adjust your direction if something is no longer working for you. His pep talk, my daughters’ hugs and sweet notes, burgers, fries, a cold beer, and hot shower, all worked wonders for me.

For a moment, I really was okay with not returning next year. But by the next morning, I had changed my mind.

Positives, because every cloud has a silver lining:

In the end, a humbling experience like this will make me stronger. And it will make me wiser. Having now experienced a DNF will make me a more empathetic coach. I learned so many lessons that day. Even a humble person can learn humility.

And the two hours of pre-dawn trail running were amazing and a first for me. It was so fun to be in a line of ultrarunners and stream of headlamps following singletrack through the woods in the dark. The camaraderie was top shelf. Everyone was in such good spirits, even at 4:00 in the morning. Maybe it was all that good coffee they served us at the morning check-in.

I may return with poles next year, at least for The Sneaker climb. I am still recovering as I write this, but my old Lekis are already set aside, waiting for a run. I’ve hiked extensively with them, particularly in the Canadian Rockies but I’ve never run with poles.

Everyone’s DNF experience will be slightly different, but let’s all remind ourselves that a DNF does not define us as athletes. I think this is so important to emphasize because in the moment, it’s easy to forget. Consistency and commitment to our sport define us. Shit happens. Sometimes we make poor decisions and other times circumstances are beyond our control. Or both. Recognize the feelings of disappointment that creep up because we are inevitably human. But give yourself permission to let go and focus on what’s next on your schedule, whether that’s another ultra or adventuring on your own time. Remember that DNF = Did Not Fail.

While planning the details of your ultra are important, particularly where there are additional logistics involved (travel, lodging or camping, etc.), do not overthink the minutiae. It’s emotionally and physically draining to obsess too much over details or be excessively nervous because maybe you’ve never tent camped before a race before. Be prepared and have a plan…then put your mind to rest and let everything play out as it is intended.

You’ll no doubt be tapering the week leading up to the race but be sure to taper in all areas of your life. I spent the week before this race unpacking, sorting, and organizing childhood belongings sent to me from my parents’ home, not to mention doing excessive amounts of laundry because I was feeling guilty about being gone and wanted to make sure my daughters had all their go-to clothing items ready for them. At the time, I believed this to be a great way to taper the body and distract the mind from the upcoming race. But there is a distinct difference between distracting the mind from one task and overfilling it with another. In hindsight, while the miles and elevation gain were less (despite all the stairs!), I did not properly rest.

Unless you are in the lead pack, know your aid station cutoff times. For the CT-50, I carried a paper with aid stations and cutoffs with me, and I paid close attention to my times. These are races. While there is occasionally time to socialize at aid stations, you need to know when to chat and when to hustle.

And perhaps after a DNF you may feel the need for redemption. In that case, you should absolutely apply the lessons you learned from your DNF and return to crush the race next year. You’re so much wiser now. But do this for yourself only, as there is nothing to prove to anyone. That said, there is nothing wrong with reevaluating your goals and focusing on other events if that fills your bucket more.

As for me, I’ll be back next year. I’m simply not done yet. 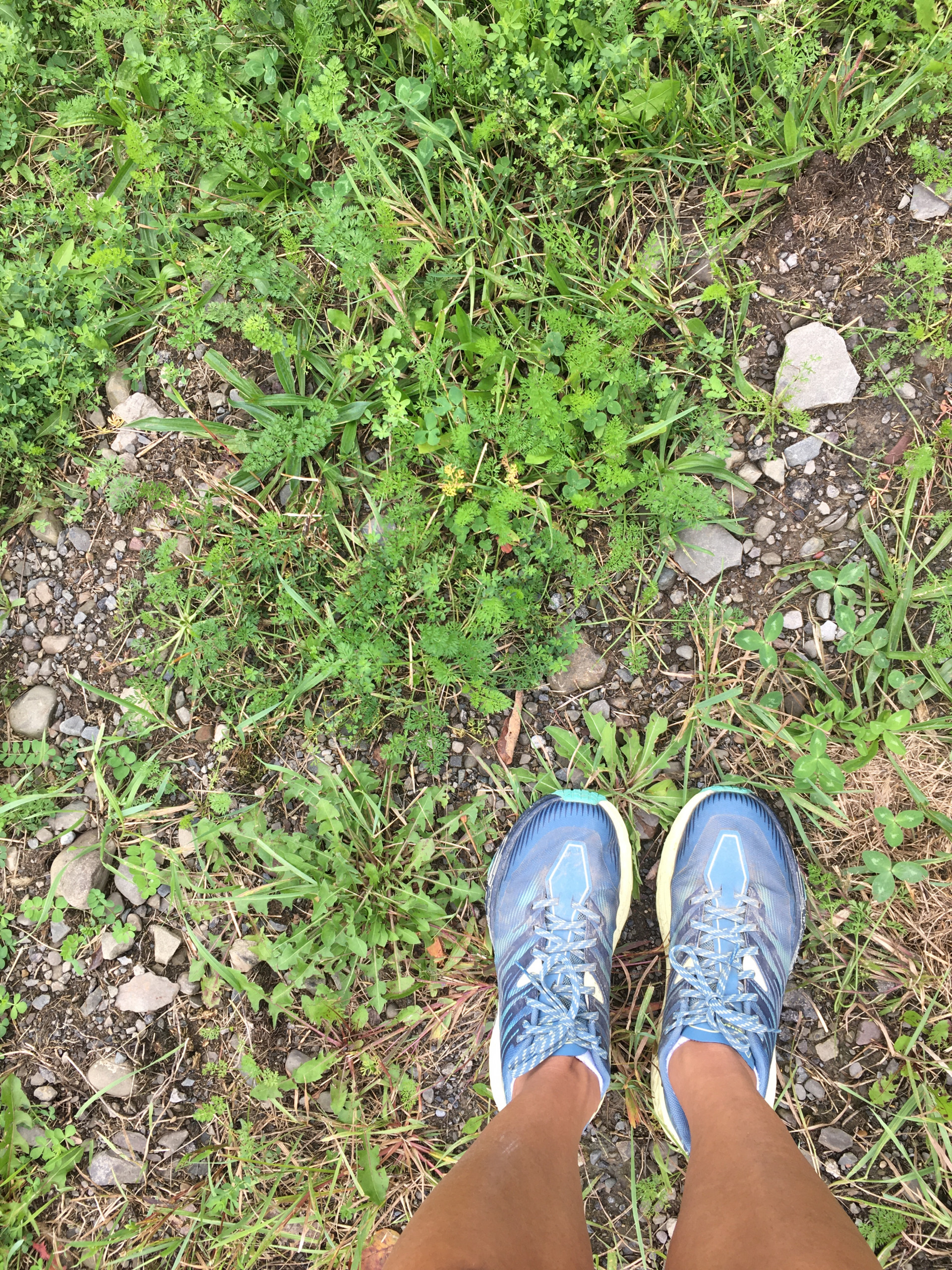 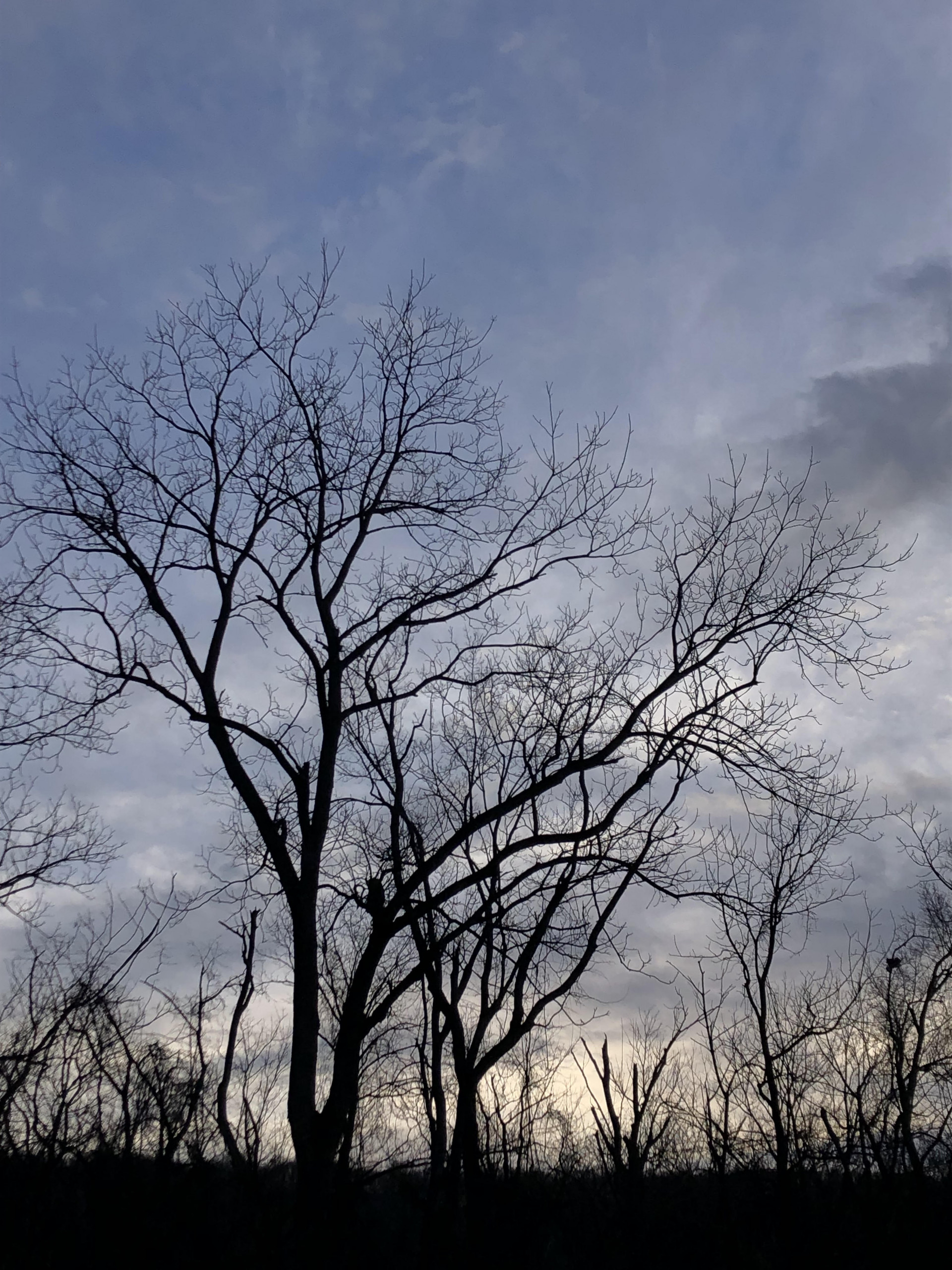 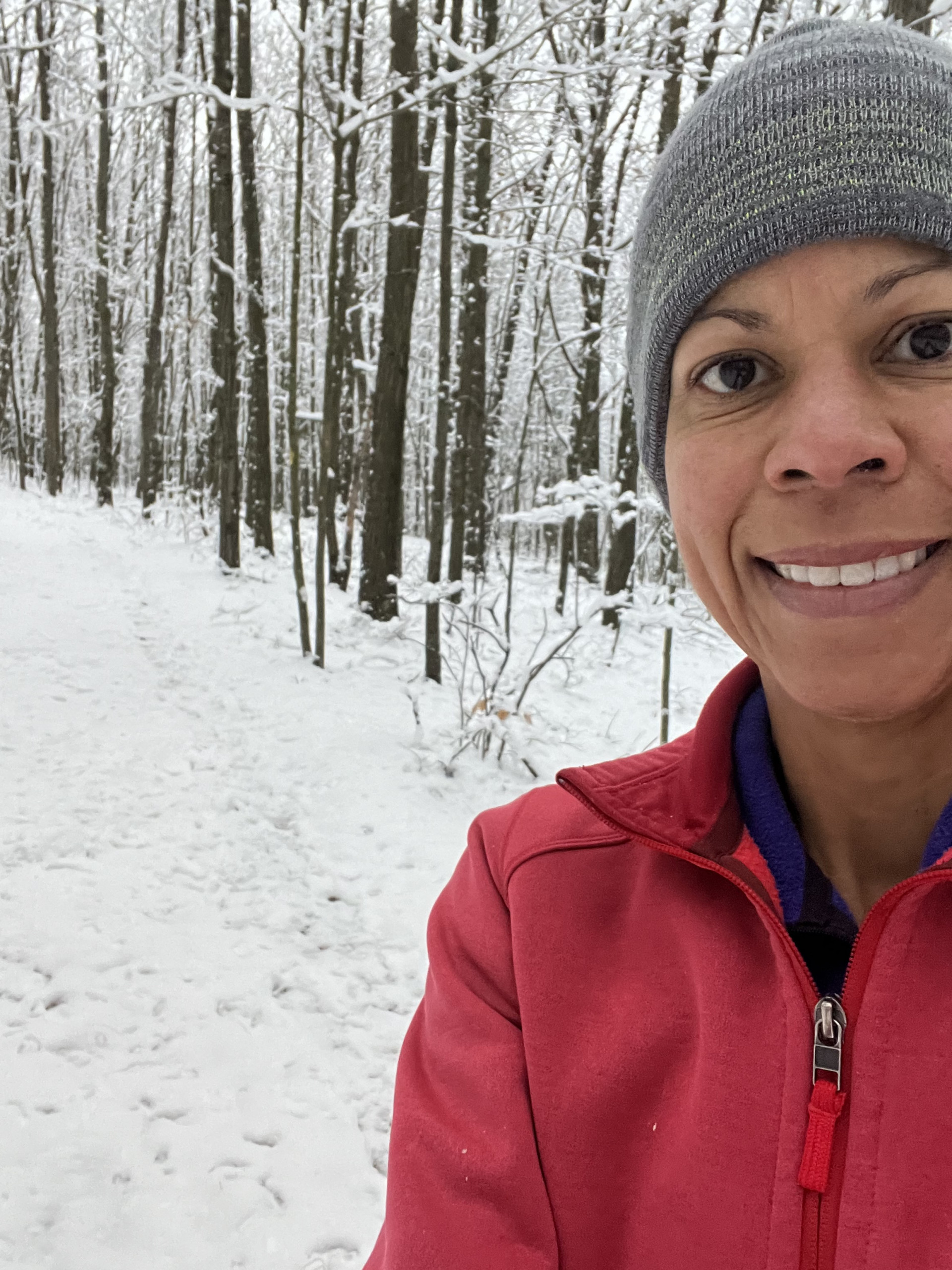