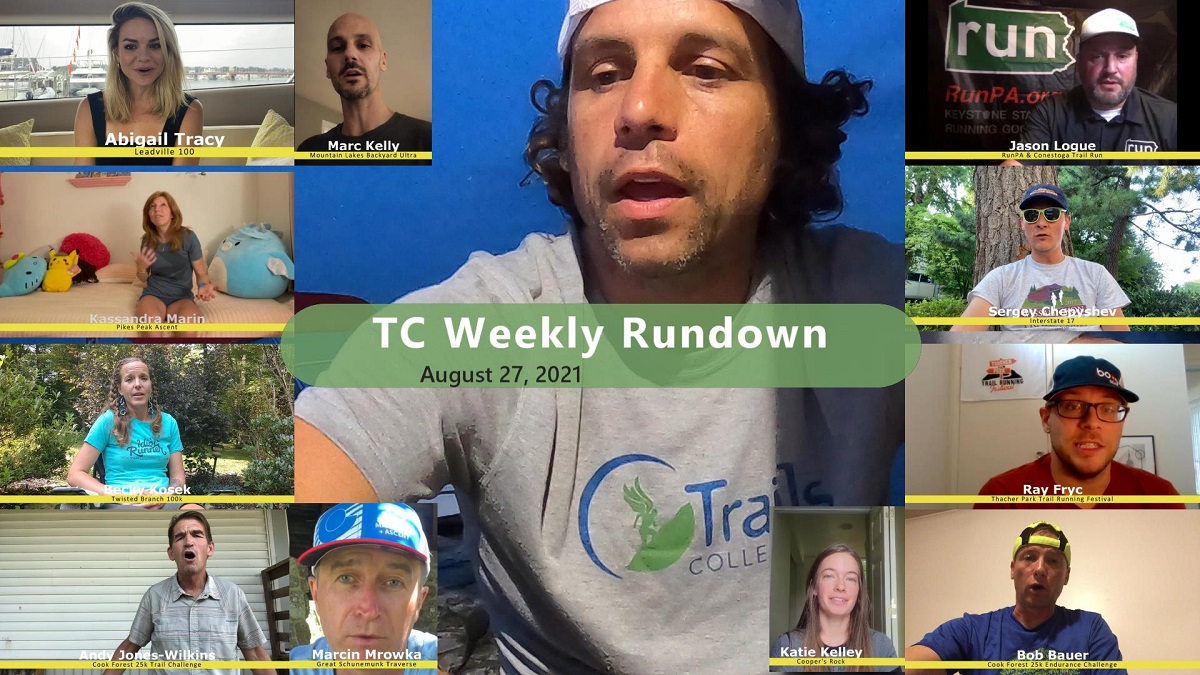 FKT’s Of the Week

Jesse Wall, 8h 15m for the Davis Path – Dry River Loop. This route uses the third and longest bridle path up Mt. Washington in the Presidential Range, gaining a bit over 7,000’ in 26.5 miles on this beautiful sounding loop. Jesse’s time is the third posted, lowering the prior FKT from October 2020 by over 2 hours.

Courtney Hassell, 16h 1m for the Northern Rail Trail, a 95km, an opening women’s supported mark for the route.

Mountain Lakes Backyard Ultra LPS event put on by the crew at Steep Endurance ran in North Salem, NY. Mountain Lakes was a North American qualifying race for Big Dog’s Backyard Ultra. Looking like there’s 37 entrants in the mix at the moment. Of 42, Marc Kelly of New Britain, CT took the win with 83.4 miles covered and to be the Last Person Standing. Last standing female on the day? Anim Swart of Connecticut with 62.55 miles covered. Clip?

Coopers Rock 50 km and Half Marathon running in Bruceton Mills, WV – Of 63 finishers of the 50k, Phil Henry took the overall win in 4:33 with top women’s spot going to Amy Stulman, 2nd overall in 4:38. In the Half Marathon, of 108 finishers Matthew Lemine and Hanna Stillings took the overall wins.  Molly Knox took the top women’s spot in 4:53. Katie Kelley of Morgantown checked back in to cue us into Coopers Rock.

Cook Forest 25k Trail Challenge in Cooksburg, PA – came in with a solid 300 registered. Taking the wins were Brett Mason of Pittsburgh in 2:04 and Lauren Worrell in 2:24. Bob Bauer and AJW

Thacher Park Trail Running Festival in Voorheesville, NY, offering distances of 10k, Half Marathon, Marathon, and 50k. Of 85 in the 10k the men’s and womenm’s wins went to Giovanni Dematteis and Amy Luke, in the Half Tim Mahony and Jenna Robinson, in the Marathon, Jared Descrochers and Rebeca Chapman, and the 50k, Patrick Sheeley and  – Ray Fryc

Interstate 17 – Sergey Chepyshev with the win over 12 finishers with Chance Parker and Corey Bronstein rounding the podium. Sandra Gallindo was on top for the women in 6:01.

Leadville – Anton back in the mix. Some solid regional performances included from Harry Hamilton and Abigail Tracy. Abbe was able to follow up with this clip.

This Weekend with Jason Logue of RunPA

Upcoming: Jason Logue of RunPA to cue us into not only one of the tougher trail races in the Northeast in Conestoga, but a few others on deck.