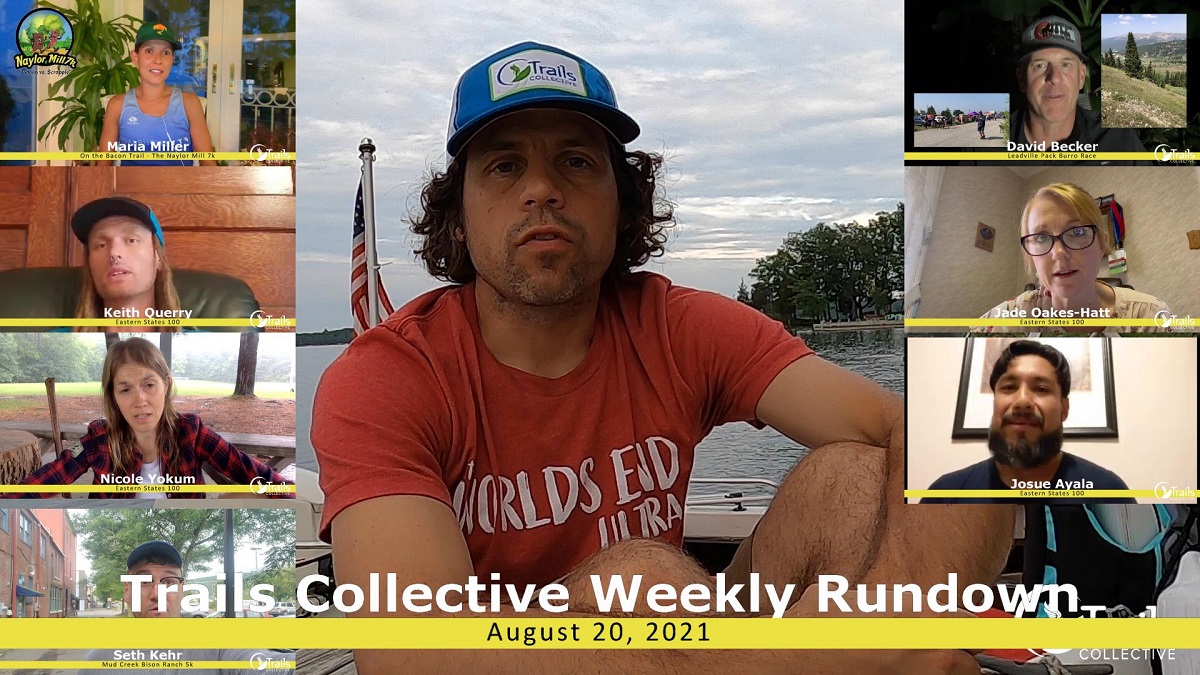 Bold Coast Bash, canceled due to COVID in ’21 is back with registration both opened and nearly capped out already. The 10 and 20 milers are capped and only 1 spot remain as of Monday for the 30 miler. It’s a truly beautiful course along the rugged far northeastern Maine Coastline. Get on it while you can.

Green Monster Trail Challenge’s 15k,25k, and 50k distances as a whole are 99% full with only 1 spot remaining on the whole. Event’s slated for October 10 in Wellsboro, PA. https://ultrasignup.com/register.aspx?did=82854

Ryan Atkins – 4h 42m for the ADK Great Range Traverse, an iconic 21.7 mile route over a beautiful stretch of ADK High Peaks, covering around 9,800’ of gain in the process. This route has seen some of the best mountain and adventure racers in the country chipping away since Jan Wellford’s first official mark of 6h 40m in 2009. Ryan has lowered the time on three prior occasions, the last in 2019 at 5h 8m. Jack Kuenzle lowered that mark by a pretty huge 23 minutes this past June, an effort which Jack checked in with us on with a video clip in that week’s Rundown. Ryan has answered back, shaving another 3 minutes off of Jack’s time. Touche Mr. Kuenzle.

Mud Creek Bison Ranch Bison Run 5k went down in Savona, NY. A mostly dirt-road 5k taking runners up close to the Buffalo fields on the ranch. Of 55 finishers Gianna Tribotte, age 16 of Spencerport earned the win with a new overall and women’s course record. Here to weigh in on not just the Bison Run, but the vantage point of a newer runner and the importance of running in the mix Seth Kehr.

Eastern States 100 – Trails Collective ranked as toughest 100 miler in the Northeast, is a gem of beautiful trail, significant elevation and technicality. It’s also a top notch produced event. The field was narrowed a bit this year late in the game secondary to COVID travel restrictions. Coupled with a 50% finish rate the final tally was 83. First in, Rhode Island’s Ben Quatromoni followed by second overall and new women’s course record holder, Nicole Yokum. Aaron Ellison and Steven Larick rounded out the men’s podium, with Samantha Hurlbutt and Faith Hall for the women. Here to weigh in with video clips are RD Jade Oakes-Hunt, women’s winner and new CR holder Nicole Yokum, finisher Josue Ayala, and, maybe taking the cake for working through the most things that just don’t go your way…. the tough Keith Querry.

6 Hours on Lover’s Lane in Chester, VT, making use of a mixed trail 2 mile loop and an all-comers vibe. Of 48 finishers of this inaugural event, Keith Bourassa took the overall win with 38 hours, and April Farnham for the women with 32 miles. https://ultrasignup.com/results_event.aspx?did=85830

Slogan: “Everything About this Race Sucks”. The biggest glutton, or the winner of embrace the suck went to McLane Grow in 4:40 with Richard Kwiatkowski and Matthew Thompson rounding the podium, with Christie Taylor, Alissa Keith, and Martha Wright for the women.

Of 35 finishers over the 4.43 mile singletrack course in Williamsburg, there was a tie for first with 31.8 miles including Dan Broznak, Ruthie Kreuzer, and Drew Snead. Hopefully there’s a photo out there of them holding hands crossing a finish line.

Jenkins Mountain Scramble: Trail 10k and Half running at Paul Smiths College in the ADK’s of NY.