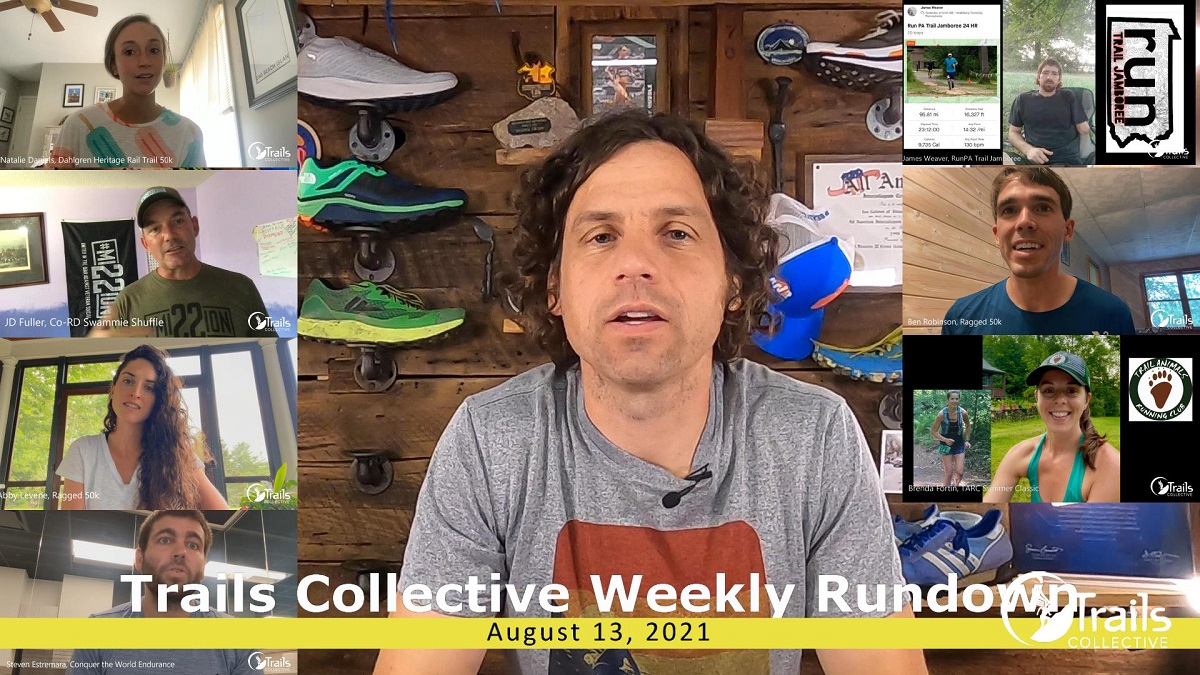 Jurek set off on Wednesday, August 4th at 7:30 am from the Northern Terminus supported by the men’s Southbound supported FKT holder, the Speedgoat himself, as well as his wife Jenny , their two kids, and Luis Escobar on the feet and lens. At the time of filming he was making his way through the Southwest portion of Maine and closing into New Hampshire. Just after he unfortunately had to throw in the towel on this round secondary to a quad strain. #BeastCoast strikes again.

If you’re free this Saturday & can help out re-opening a long closed section of the Finger Lakes Trail located just north of Ellicottville, check out the event here for more details.

This is the same section I shared a post from the Foothills Trail Club on recently, but a “Roving Trail Crew” from the Finger Lakes Trail Conference will be in town to work on it, so it will actually happen this time.

Email events@fingerlakestrail.org with any questions.

Bold Coast Bash, canceled due to COVID in ’21 is back with registration both opened and nearly capped out already. The 10 and 20 milers are capped and only 8 spots remain as of Monday for the 30 miler. It’s a truly beautiful course along the rugged far northeastern Maine Coastline. Get on it while you can.

The Red Barn Challenge 6, 12 & 24 H, slated for October 1st in Lykens, PA are 99% full with only 1 spot remaining as of this past Monday. This event uses a flat grassy loop in repeat fashion for the timed duration.

The Summit 50 / 50 in Salamanca, NY opens up on August 11th. This is one that wasn’t on my radar prior. Put on by Reluctant Runner Racing, it appears that it may be a first year event, slated for October 30th in Allegany State Park’s Red House Area. The races uses a 17.5 mile loop format, with each loop having 2,400’ gain and a mix of trail surfaces. https://www.reluctantrunnerracing.com/races-1

DJ Fox, 12h 10m for the 31 mile Bob Marshall Traverse in the ADK’s, taking a solid 1H 24m off the prior men’s unsupported mark from October.

Trail Animals Running Club, or TARC’s, Summer Classic 50k and 40M ran in the trails of the Noon Hill Reservation in Medfield, MA. It uses a 10 mile circuit of mostly variable singletrack, a solid wilderness feeling resource only 15 miles from Boston. Here to take us deeper into the Summer Classic is 40 mile finisher Brenda Fortin.

Ragged 75 Stage Race and 50k: Ragged had another solid running with continued growth in field sizes. It’s a beautiful and tough New Hampshire course, and again played host to the USATF 50k Trail Championship designation. It sounds like the weather was solid, but got pretty toasty. In the 75 mile stage race Justin Neuman and Kate Kretschmer took the overall wins for men and women. For the 50k championship race David Sinclair emerged on top in 4:26, 9 minutes shy of his course record mark from 2018, but considerably quicker than his mark from 2019. For the women Kimber Mattox took the win in 5:19, 8 minutes shy of Kasie Enman’s course record time from 2018. Kasie was in the mix but after a missed turn mid-race ended up 4th. Check out the ATRA’s write-up of the event here.

And, here to take us into Ragged is third place woman on the day, Abby Levene of Boulder, CO, and second place male, Ben Robinson of Tunkannock, PA.

The Dahlgren Heritage Rail Trail 50k, one of the events plugged in our article on Flat and Fast races in the Northeast, ran in King George, VA. Taking the win was Alexander Hetherington of Vienna, VA in 3:41, and for the women, Natalie Daniels, second place overall in 3:53, the second fastest time women’s time on the Dahlgren course history, and a pickup of 6 minutes from her run in 2020. We checked in with Natalie and stoked for her to follow up to cue is further to Dahlgren.

The Jarmans Invitational Marathon 30 miler in Crozet, VA. An amazingly wonderful event up and down Jarman’s to both crush and bring you into a pretty sweet trail community. And, if not already this month, you should take in this Crozet Running video from Jimmy and Denton: https://www.youtube.com/watch?v=jO8p6m0LLwI&t=138s

6 Hours on Lover’s Lane in Chester, VT, making use of a mixed trail 2 mile loop and an all-comers vibe.

Jenkins Mountain Scramble: Trail 10k and Half running at Paul Smiths College in the ADK’s of NY.