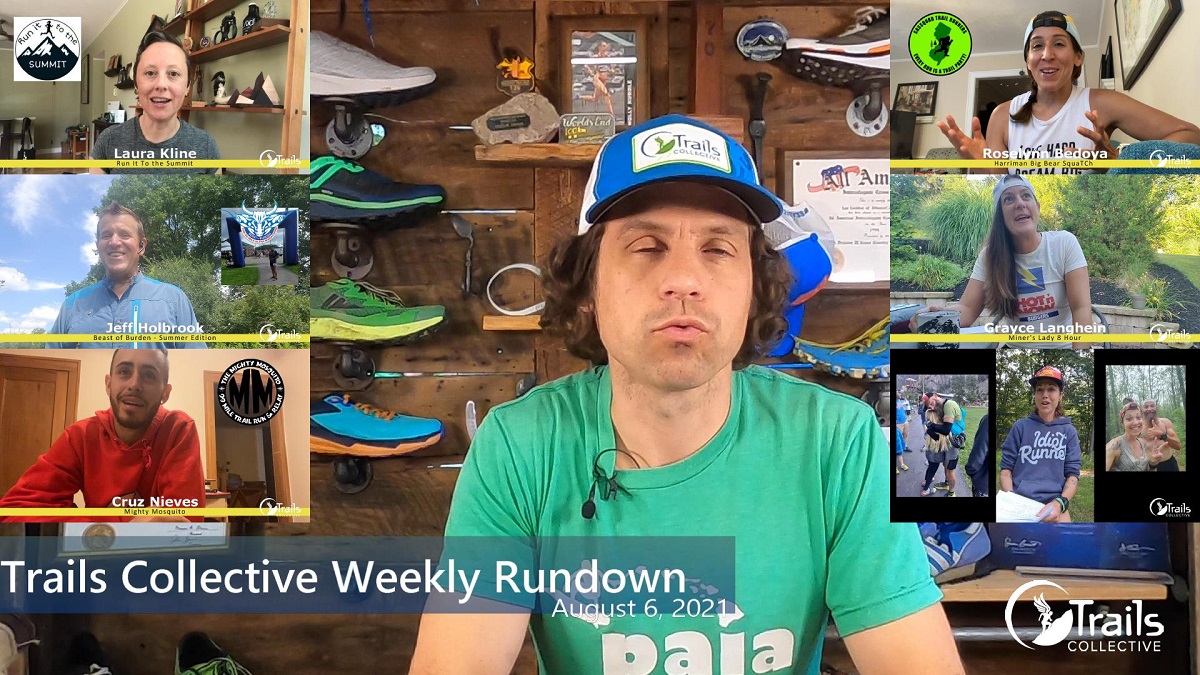 It was a busy week in Northeast Trail Running world. We’ll take you through events with registrations about to cap. Results including voices from the Collective as well as events coming up. A feature from Coach Sayard Tanis on the buildup and racing of Eric Kosek in the Ouray 100. Let’s get into it.

A shout out to Jerry and Pamela of Life Is Trail Running. Jerry scored in picking off the most excellent Salomon Trail Bob hat. To many awesome miles in that buddy and thanks for the shout-out in the recent video entitled, Salomon Bucket Hat: 2021

Tesla Hertz Run’s 100k and 10 milers slated for October 9 in Rocky Point, NY capped as we projected this past week (don’t say we didn’t warn ya). Slots still exist for the 100 mile option. Tesla Hertz’ 100k makes the list of our Flat and Fast Northeast Trail races.

The Red Barn Challenge 6, 12 & 24 H, slated for October 1st in Lykens, PA are 97% full with only 3 spots remaining as of this past Monday. This event uses a flat grassy loop in repeat fashion for the timed duration.

Coopers Rock 50 km and Half Marathon, slated for August 21st in Bruceton Mills, WV are 97% Full. Only 8 slots remained as of this past Monday for this beautiful, WV course. We have Cooper’s Rock ranked #30 on the ranking of toughest Northeast 50k’s.

Bethany Garretson got out strong on the ADK46 attempt, clearing 38 before having to call it. The route and effort is truly incredible. Way to het out and after Bethany, and to the toughness to get through 38 of those beasts.

Justin Kousky, 12h 51m for the Devil’s Path Out and Back, 44 miles with somewhere around 17,000’ of elevation gain. Justin lowered his own prior mark from October, 2020 by 31 minutes. That’s a solid 9 month fitness pickup. Devil’s Path is arguably one of the toughest stretches anywhere and the out-back is pretty wild at that effort.

The Jarmans Invitational Marathon 30 miler in Crozet, VA. An amazingly wonderful event up and down Jarman’s to both crush and bring you into a pretty sweet trail community. And, if not already this month, you should take in this Crozet Running video from Jimmy and Denton

Moosalamoo Ultra 14 & 36 Miler ran in Goshen, VT. Of 54 finishers in the 36 miler Amanda Quinlan of Manchester took the overall win in 6:29, the 7th fastest women’s time on the course, with second place and top dude being Jason Gray in 6:35. In the 14 miler Nathan Lalonde took the overall win in a field of 81 finishers, with Caitlin Quinn for the women. Both times place them as second fastest in the distance’s two year history.

Miner’s Lady 8H ran in Harper’s Ferry, WV. The Miner’s Lady sounds like a beautiful timed event. It uses a  10k loop where the Blue Ridge Mountains meet the Shenandoah River, with 850’ elevation gain which includes mountains, single track, waterfalls, and creek crossings. We get a clip into the video above from finisher Grayce Langheine.

Send off with clips from coach Sayard Tanis on PA’s Eric Kosek’s Ouray 100.