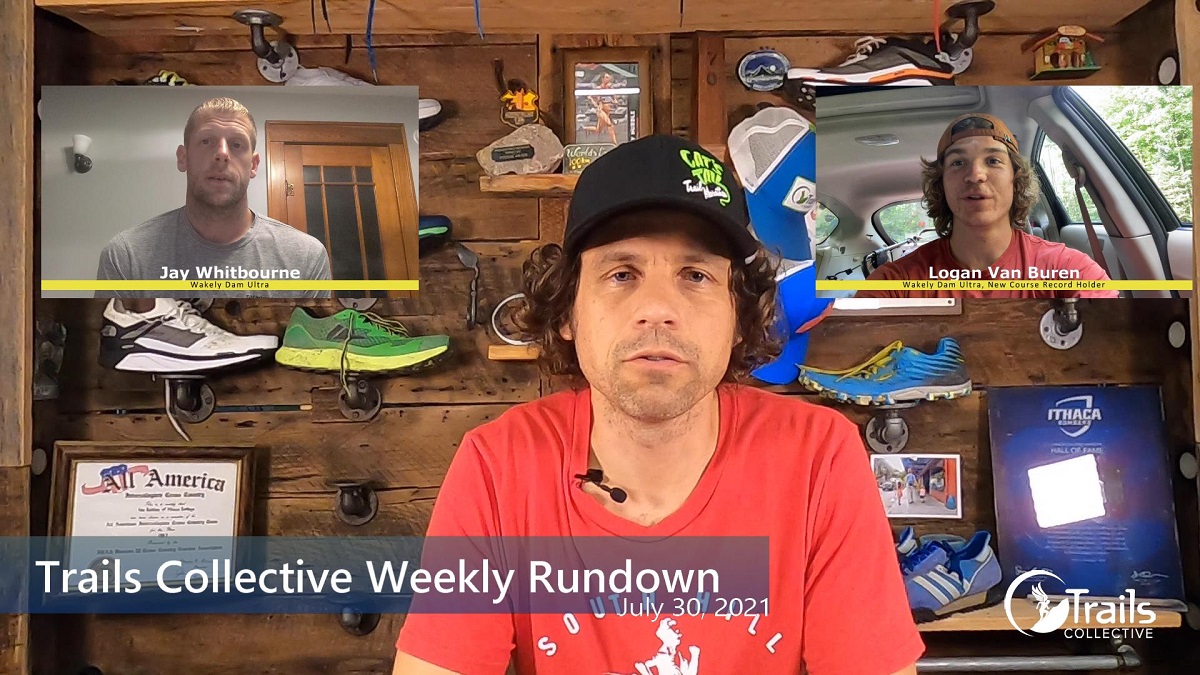 This week we run through the Northeast Trail Running scene, including: trail Hospitality in the media; event registrations about to cap and open; results from last weekend with voices from Wakely Dam; gear in use; events coming this weekend. Let’s get into it!

Sabrina Little, one of the strongest endurance runners in the country, keyed an article on Hospitality and tying in her times with VHTRC. Community is a central piece of our trail running world. In the iRunFar piece linked below, Sabrina weighs in on hospitality, and early experiences into the community with the Virginia Happy Trails crew.

Only 2 spots remain for the Fire on the Mountain 25k / 50k slated for November 7th in Little Orleans, MD.

Secondary to continued COVID related travel restrictions, additional slots open up for the Eastern States 100. Get in on that carnage while you still can.

“I am beyond excited to announce that I will be attempting the FKT for another Top 10 Premier Route, this time one that is practically in my backyard. The Double Presidential Traverse. This route includes 8 peaks throughout the notorious Presidential Mountain Range, about 37.2 miles, and about 17,000 feet of elevation gain. Pending that I successfully complete this goal, I will be the first woman to record an FKT (FASTEST KNOWN TIME) for it. I originally had planned to attempt this in about 1-2 weeks, but I could not pass up the perfect weather and full moon that tomorrow will bring.

Fastpacking is an up and coming sport, and I am so honored to be a part of the rapid growth; especially for women! This time around I want to help promote a few great sources for the sport. The official FKT website is www.fastestknowntime.com and they will once again be live tracking me since this is another premier route. This time my tracker info will be public for all to see if you want to follow along. Please check out all that the Fastest Known Time crew is doing on their website to help get this sport going and please consider making a donation and help supporting the growth of this sport.

I also want to share a great hiking community specifically for women, Hiker Babes! Hiker Babes is completely free to join and offers chapters all over the world to help women gain inspiration and empowerment through movements such as their 100 hike challenge. You can find out more about this great source at www.hikerbabescommunity.org. Don’t forget to check out their awesome online store!

Now lets go get women on the board for a DOUBLE PRESI, then one of you crazy female runners can come crush the time 😉”

Timothy Olson put in an incredible effort over one of the more iconic long trails in the nation, setting a new supported FKT on the Pacific Crest Trail. Check out the details via the iRunFar plug linked below.

On Thursday, July 22, 2021, ultrarunner Timothy Olson set a new men’s supported fastest known time (FKT) on the 2,653-mile Pacific Crest Trail (PCT) in the western United States. His time of 51 days, 16 hours, and 55 minutes (to be confirmed) bests the previous record set by Karel Sabbe of 52 days, 8 hours, and 25 minutes in 2016. Olson started at the PCT’s southern terminus on June 1, hiking and running an average of 51.3 miles per day.

A Race for the Future 24H in Pownal, ME (no results as of Tuesday night)

MCW Westfield Ultra 3H, 6H, 9H, 12H, 24H in Westfield, NJ was held in part to raise awareness and funds for MissionCleanWater – In the 24H Ed Ettinghausen of CA emerged on top with 104 miles, with 2nd place overall and 1st female on the day going to Colleen Drahos with 92. In the distances down the overall wins went to Daniel Nelson in the 12h with 50.4, Cole Crosby with 60 in the 9H, Rhiannon Schade with 38.4 in the 6H, and Nick Cruz with 22.4 in the 3H.

Mt. Sparta 24H Challenge in Pittsfield, VT – No results yet posted as of Tuesday night.