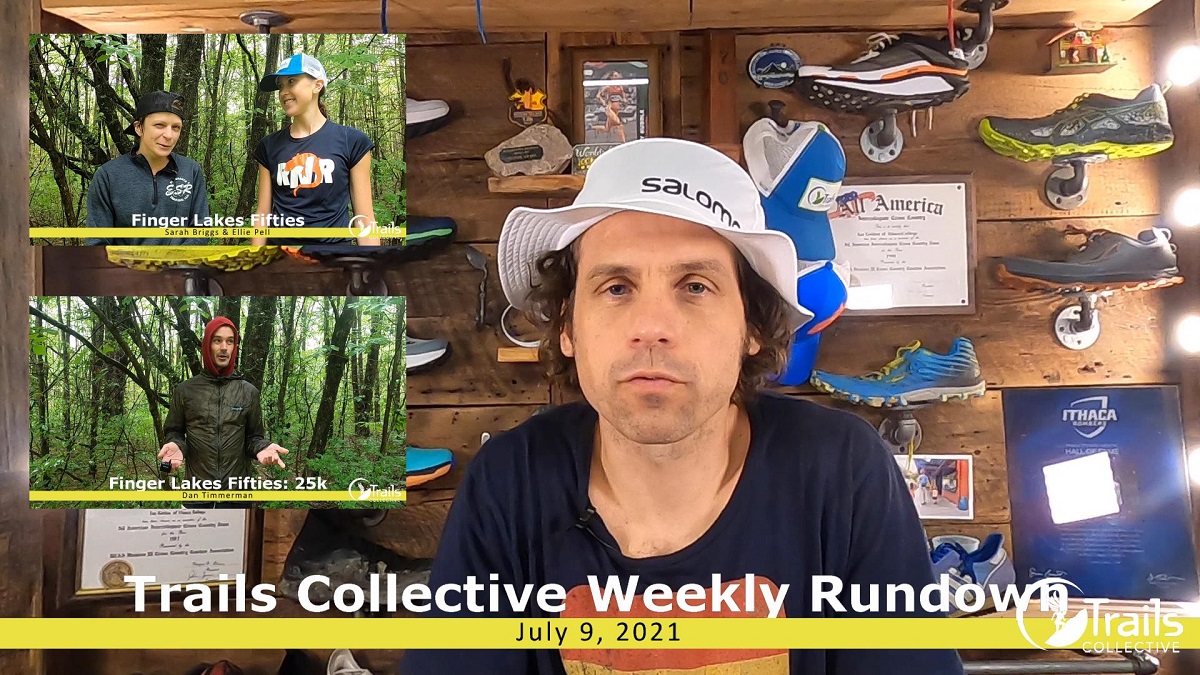 This week in the Northeastern Trail Running World

Intro’ing with Run It to the Summit

Jared and Lauren Burdick of Miles and Macros lead-in / intro to this week’s episode with a plug for their event Run It To The Summit. Jared has some solid trail chops finishing second at Cayuga Trails on two separate US Champs years and earning a slot on the US National Team. He’s also finished top 5 at JFK, Bandera, Whiteface, and Sonoma. Check out their upcoming event.

After a good chunk of time including with help from a number of you in the Northeast trail community, I released the Northeast Trail Race ranking project. You can find rankings for Toughest races across distance divisions with metric breakdowns to plan out your calendar. In addition to “Toughest”, are articles on most scenic, flat and fast, and historic. You can check them out here, and we’ll plug them a bit more as we go in upcoming episodes:

The Soapstone Assault 6 miler, slated for August 1st in Somers, CT is 95% full with only 4 spots remaining. Register here.

Tesla Hertz Run’s 100k slated for October 9 in Rocky Point, NY is 92% full with only 2 spots remaining. The 50k already capped, there are 23 spots remaining for the 50 miler, and 6 for the 10 mile. The 100 mile distance is showing as safe at the moment. Join them here.

The Green Mile by North Park Trail Runners, a Loop Challenge slated for September 18th in North Park, PA is 95% full and with an event size cap of 100. The course is a 2 mile loop within a 6 Hour timed event format.

Lindsay Webster, 1h 4m for the ADK’s Hurricane Mountain. I’m not quite sure on this though as FKT has Lindsay’s listed, but also Lauren Longfield’s from 2020 as a minute or so quicker.

Ben Quatromoni, 1h 35m for the 13.5 mile singletrack and technically woven Arcadia Trail. Ben’s mark lowers the prior from 2020 by 7 minutes.

With their 32nd running, the Finger Lakes Runners Club’s Finger Lakes 50’s is in the top 10 of oldest trail races in the Northeast, coming in at #9 by my count. When dry the course is rolling and fast. Many years though including this one, the Gods of Rain shine down with great happiness and drench the course in puddles and mud. Of 84 25k finishers, Dan Timmerman emerged in front in 1:54 with Donna Langerfeld in second in 2:20. Of 89 in the 50k it was fun to see Sarah Briggs and Ellie Pell dual a bit in the front half with Sarah pulling away for a new course record win in 4:34. Top male on the day was third place Tim Phelps in 4:51. In the 50 miler, of 21 finishers, Etan Levavi took the overall win in 7:40:20 with Riley Brady top female and hot on his heels in 7:40:59. Riley’s time is the second fastest women’s time on the course and behind Aliza Lapierre in 2008. However, the course was modified slightly after 2010 so Riley secures the fastest time run on the new course.

In an ode to Independence Day, Baltimore’s Twilight Trail Race starts in the moment’s of sunlights last gleamin and finishes at dusk or in the dark. Of 70 finishers Brian Baker took the overall win in 48:15 with Emily Riehl top woman on the day in 58:50.

This is a paved one and therefore not truly worthy of your consideration, but, I’m plugging it anyway since Vanessa and John are outstanding people, endurance athletes, and trail woven. Of 16 finishers in the 100 Miler Chris Rice took the overall in 18:47, dueling to the end to take the win by only 7 seconds over Brian Campbell. Ouch!! Top woman on the day was Anna Miglio in 23:41. Of 31 in the 24 Hour Michael “Gagz” Gagliardi took the win with nearly 130 miles covered with Rachel Belmont for the women in just over 90 miles. For the 12 Hour, of 29 finishers over 2 heats, Jaclyn Shokey was top finisher with 66.4 miles, with Alexis Davidson top dude with 52.5 miles.

Related Note: If not yet, check out Michael Gagliardi’s podcast, Running Times with Gagz for a couple dozen and counting episodes with some amazing and inspirational individuals.

Taking You Out with “Don’t Let the Cows Out”