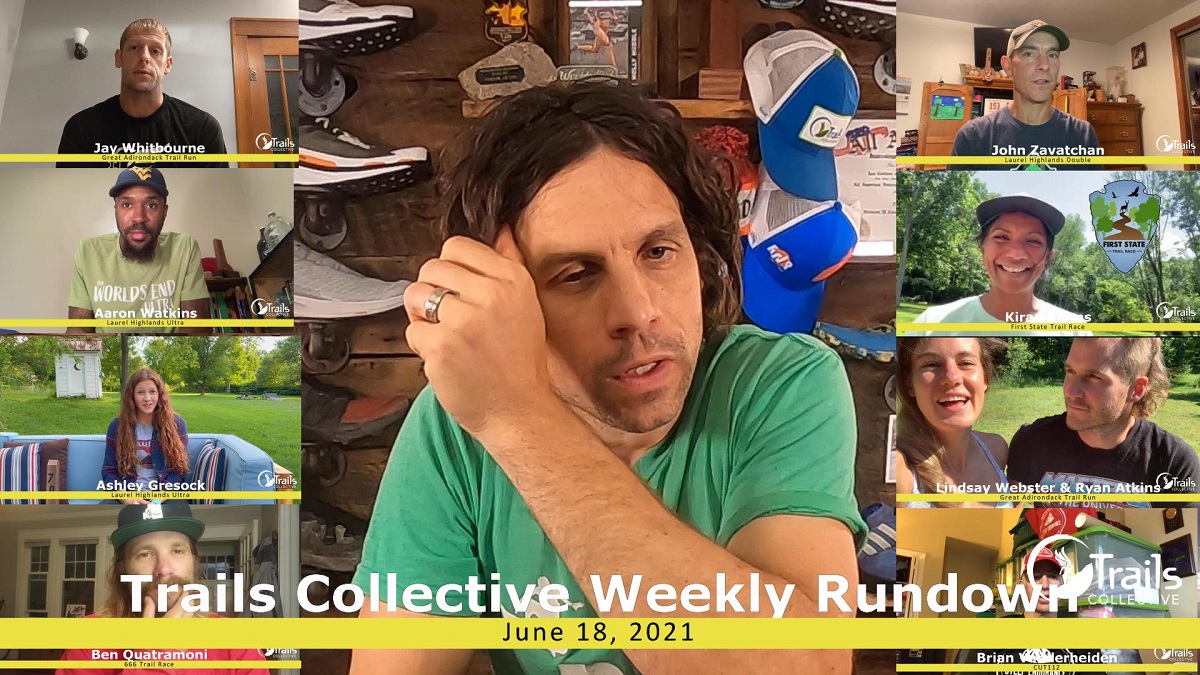 Wouter Hoogkamer, 7h 28m for the 55 mile Circum Quabbin. This lowers the prior supported male mark by nearly 90 minutes. The prior mark was set by Wouter and Dan Grip. Clearly Wouter untethered himself from his wingman Dan who was no doubt dragging him down.

Brendan Gilpatrick, 4h 2m for the 16 mile and no doubt beautiful Acadia Traverse. With 6,350’ of gain, no doubt a solid effort out there. This lowers Timothy Lock’s prior mark by 24 minutes, one of the biggest pickups on this route since its set in 2017.

Wah Kai Ngai, 5h 14m for the Three Big Peaks in Hudson Highlands. This route somewhat follows our inaugural Breakneck Point Marathon route, leaving out the Fishkill Ridge add-on. With 6,100’ of gain and technical stretches and pitches, it’s burly, but, also beautiful. This is an first mark for the route.

Put on by the Mountaineer in Keene Valley, NY, the heart of the Adirondacks, the GATR is an event used to benefit the Ausable River Association. With a 3.5mile traverse over Baxter Mountain, as well as a burley 11.5 jaunt over the backside of Hopkins Mountain, it’s a classic ADK event. It’s also one that draws some wonderful and incredibly fit individuals. In the mix a friend with a pretty deep connection to and experience in the Adirondacks, Jay Whitbourne will cue us into the weekend. And, two others, quite possibly the fittest, cutest, and kind to boot, couple on the face of the planet, Lindsay Webster and Ryan Atkins. Results here.

One of the oldest trail events in our region, and possibly second oldest continuously running event in the country, went down with new direction by Red Point Productions at the helm this year. Video clips from Ashley Gresock, Aaron Watkins, and completing the double of the full plate on Saturday, and 50k pickup on Sunday, John Zavatchan.

The inaugural First State Trail Race ran in Wilmington, DE, using a nicely rolling blend of single and doubletrack with a bit of gravel road in the mix. Of three distances, Ben Rodkey was top overall 10k finisher out of a field of 77. In the 25k 105 finished with Stephen Tucker taking the overall win. And, of 78 50k finishers Stefano Ruzza took the win by a scant 90 seconds over Nicholas Wirz. For the women, Emily Plamer for top spot. Checking in to take us through the inaugural event is finisher Kiran Koons. Results here.

The MCW K/Q OTH ran using a 5k loop in Pompton Plains, NJ. The event ran in support of MissionCleanWater whose mission it is to bring clean water to underserved communities. In the 3 Hour Marcin Kulakowski took the win with 15.5 miles run, and in the Six Hour, Jake Bond with 27.9. Results here.

The 666 Trail Race at 400 minutes in length in Exeter, RI. Not often I catch word of Rhode Island trail events, let alone get to see clips of nice rolling singletrack for the events. The 666 races uses a 6.66 mile nice loop with some rolling and technical terrain. Entrants are given 400 minutes (6.66 hours) to complete as many loops as they can. Of 20 finishers, Ben Quatromoni, who I’ve announced a bit over this past year for FKT’s, took the overall win with 46.6 miles covered. I was able to check in with Ben who’s here to cue us into the inaugural 666 Trail Race. Results here.

The Brant Hill Challenge 1h / 3H through down for its second running in Elmira, NY. The event is put on by Rebellion Running and is used to benefit the SOAR youth running program. The SOAR program is solid, a good supportive and connected crew and who have supported a number of kids over the years, some of them pretty wicked fast. The course consists of a one mile loop course with 300’ per loop, it’s a pretty fair circuit. Of 20 3HR finishers, Kent McConnell accrued the most mileage with 15 miles. For the 1 Hour, there was a solid crew of 7 kids, ages 8 – 11. Results are here.

The Windsor Castle 10H ran over a 2.9 mile loop in Smithfield, VA. They had a solid turnout for an inaugural timed event. Of the field of 165, Steve Speirs took the overall win with 67.6 miles covered. For the women Amber Kuszak with 55.9 covered. Results are here.

The Nipmuck South Trail Race 14.5 Miler ran in Mansfield, CT. Of 113 finishers Jon-Paul Mandelburg took the win in 1:45 with Rachael Whitbeck for the women in 1:59. Results are here.