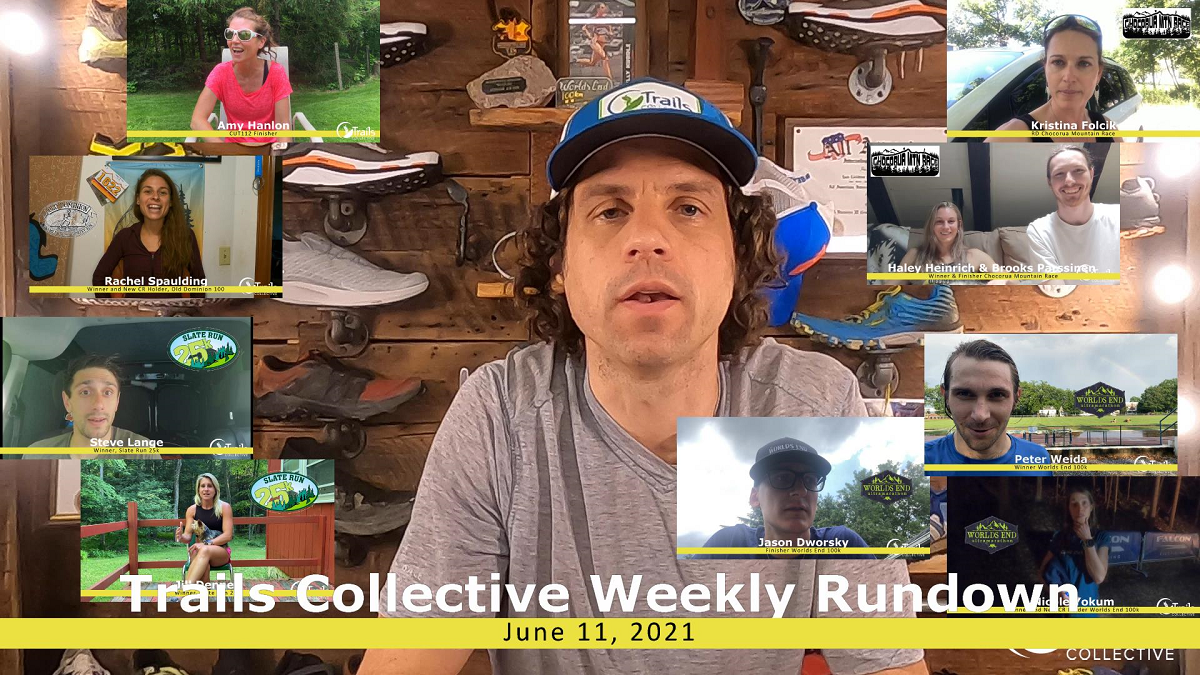 The Runamuck 50k in Brownsville, VT, set for October 17th is up 1 point to being 92% full for the Sunday race.

The Catoctin’s Half Cat 25k, slated for July 10th in Frederick, MD is on the warning track at 90% full with only 10 spots still remaining. A bit more birth for the 50k which still has 50.

Catamount Ultra’s 25k in Stowe, VT, slated for June 26th seems to have shifted or upped the cap a couple times as I think I’ve been announcing them being about to fill up for weeks, and, now there’s more openings than the last two weeks. Maybe from pre-race drops? In any case, yet again, they’re showing in the final throws of filling their, what looks like 600 person field, ahead of June 26 and 27:

Etan Levavi, 43m 29s for the 5 Mile Bull Hill Full Loop in Cold Spring, NY, lowering the prior mark from only a month ago by 5 minutes.

David Hedges, 3h 11m for the 18m Bolton Backcountry Round, a route starting at the highest base elevation in Vermont and connection two iconic backcountry trails. David’s mark lowers the previous male unsupported mark from November 2020 by 16 minutes.

CT legend Art Byram’s CUT112, or Connecticut Ultra Traverse, a fatass style event, running from the northern to southern border of Connecticut, over some rugged and technical trails. Of 14 wicked tough finishers, Howie Breinan took the fastest finish at 28:54 with the top female spot going to my friend and teammate, the wicked kind and tough Amy Hanlon in 38:29 who we have a clip from in this week’s video rundown. Also in the mix was Steep Endurance’s Brian Vanderheiden, 3rd overall in 30:25 who we’ll have a late clip from next week.

Chocorua ran on a really hot Saturday in Tamworth, NH. Of 241 finishers over the new, I think longer and tougher course, Ryan Kempson took the overall win in 2:29:34 with Pier Pennoyer only 16 seconds behind. Haley Heinrich took the top women’s spot in 3:14. Results here.

In this week’s video rundown we have clips from RD Kristina, women’s winner Haley Heinrich, and finisher Brooks Parssinen.

Worlds End 50k / 100k in Worlds End State Park, PA, a beautiful and tough event running in north central PA out of World’s End State Park. A hot day on top of a tough course leveled the fields to roughly 50% finish rates with the overall wins going to Nicole Yokum and Peter Weida in the 100k, and Jamie Miller and Eric Kosek in the 50k.

In this week’s video rundown we have clips with Nicole Yokum, incredibly tough and coming in fit, and nailing it to finish 3rd overall, and planting a new solid women’s record. Peter Weida on bashing trees with your nose and on the men’s win. I also gotta say, that’s not only a fantastic rainbow score in the background, but also a pretty incredible lake taking over the front stretch of the track in the background…clearly so really heavy rain ahead of Peter’s Clip. The last from a friend Jason Dworsky, weighing in on when it doesn’t go quite as you’d hoped, and what’s also coming up for his entity Rebellion Running.

Slate Run 25k, put on by one of the trail race entities consistently pulling in some of the larger fields, had 236 finishers with Steven Lange taking the overall win in 2:08, and Jill Dennes for the women in 2:48, each with safe margins ahead of the runner up.

For video clips this week, we have two. One from Jill Dennes, now 2 for 2 in taking the wins for her only 2, and tough trail races, and a second my friend and teammate, the fit and fast Steven Lange.

Old Dominion, one of the oldest in our region, and second oldest hundred in the country ran in Fort Valley, VA. Of the 49 finishers, Olivier Leblond of Arlington took the win over Michael Dubova by a scant 90 seconds in 17:22. That’s tight. And friend, the wicked tough and fast Rachel Spaulding not only said yes to a wedding proposal on the day, but also finished 4th overall in her first 100 mile attempt, in 19:43.

½ Sauer ½ Kraut Marathon and Half in Philly, PA