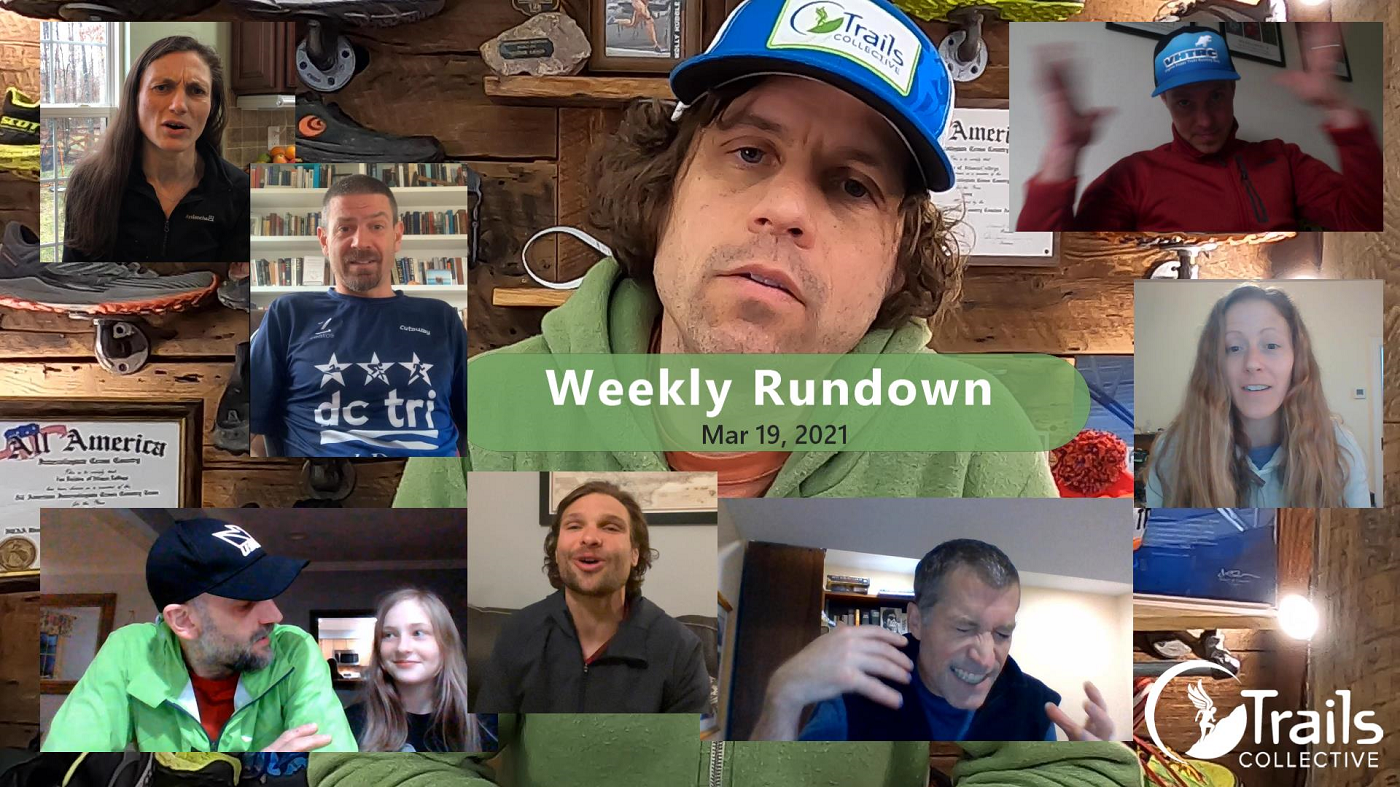 Live this morning, Barkley going down. As of filming Maggie Guterl, Courtney Dauwalter, Chris Hanlon, and Liz Canty through loop one, with Jamil Courey added into the mix clearing mid loop 2.

Just had the opportunity to connect with Gabe Matyiko for this week’s TC Live.

The Conestoga Cowboys released episode 5 titled “Going Off Trail” – this one on what was supposed to be a routine long run on the Mason Dixon Trail that ended up anything but.

New York State Parks Finger Lakes two 40 hour trail building positions. Let me know if your or someone you know might be interested in more details.

Matthew LeBlanc, 1h 6m for the Mount Agamenticus 3 Peaks, an opening unsupported mark on this 6.5 mile route with 1,200’ of gain.

Ben Quatromoni, 1h 45s for the 9 mile Arcadia Mt Tom Trail. Ben’s unsupported mark lowers the prior FKT by a mere 90 seconds and over Robert Jackman’s time from only a few days prior. That’s tight.

25k, 50k, and 50 miler run over the beautiful trails of the George Washington National Forest and Blue Ridge Mountains, staged in Lyndhurst, VA. Emily Torrence, in from the running mecca of Flagstaff, AZ took the overall win in a most solid time of 8:56 with Dirk Schulze of Burke VA first male and second overall in 9:08. Results here. We have a report in from Jason Davidson, in individual newer into the trail and ultra scene, as well as top men’s finisher Dirk Schulze.

A sweet VHTRC springtime option ran around Fort Valley, VA. The crew had a 100% race-day turnout and a beautiful day on the trails. Paul Jacobs took the overall win in 5:10 with first woman and sixth overall to Kathleen Cusick. Thanks to Andy Stravers for checking in regarding picking up with VHTRC and the Elizabeth Furnace 50k.

An Athletics Equation women’s production ran in Prince William Forest Park in VA. The 50k win went to Front Royal’s Amy Baker in a new course record time of 5:06, the 25k to Megan Doucette of DC in 2:45, and Sarah Goodwin of Richmond in a time of 2:02 for the 10 miler. the Results can be found here. Not only are we lucky to get a clip from 50k winner Amy Baker, but also Katie Papdopoulos, the inspiration for the event at all. Amy and Katie, take it.

Run on single-track trails meandering along the beautiful Seneca Creek in Seneca State Park in Montgomery County, Maryland. In the marathon Joseph Saunders took the day in 4:10 with Liz Ozeki hot on the chase and, 4th overall, and top female on the day in 4:16. In the 50k Nicolas Crouzier took the win in speedy 3:51 with Kristen Serafin for the women in 5:44. Results can be found here.

The Loony Leprechaun 10k is run in Richboro, PA. Of 132 finishers Peter Weida took the overall win in 38:18 with top female spot going Katie O’Regan in 44:52. Sergiy Chepyshev was hot on her heels in the signature modified jorts. Full results can be found here. Thanks to Katie O’Regan for getting a clip of the day over.

Fire On the Rocks 10k

The PA Trail Dogs crew put on the Inaugural Fire on the Rocks 10k in Zindel Park, McElhattan. Of 287 finishers, long time PA trail stud John Johnson took the overall win in 55:45 with Allen King hot on his heels in 56:38. Meira Minard, consistently where your money should be in the run for the was first woman in in 1:05. Full results are here.

The SSSS 5.5 or 11 miler ran in Mahwah, NJ. Of 45 finishers between two 11 mile waves, Nicholas Mamrak took the overall win in 1:25 with top female finish on the day going to Jessica Simao in 2:05. Of 51 finishers in the 5.5 mile Colton Reitzes took the overall win in 53:56, with Diana Filtz first women’s finisher in 57:44 Results here. Bringing energy to, and offering a reflection of the day, the voice of Anthony Certa.

Another great Virginia option and early season 50k and half showcasing the beautiful and technical trails of the Blue Ridge Mountains.

Run on the rolling trails of French Creek State Park in PA. Registration currently live but with only 11 spots remaining.

A 6 Hr event running over a 5 mile loop along the shores of the beautiful Chesapeake Bay in Lusby, MD. 6 Hr in person closed out but the Virtual option is open.

This year w/ the Bavarian merging in, for Marathon and 50 Mile options run on the flowing trails surrounding Blue Marsh Lake in Leesport, PA. Info at . 27 spots still available, but will close out by this weekend. Get on it now here.

The Dogwood Ultras offer 10 mile, 12 Hour, 12 Hour Night, and 24 Hour options. Literally only a handful of spots left for a field a bit over 100. Climb on board here.