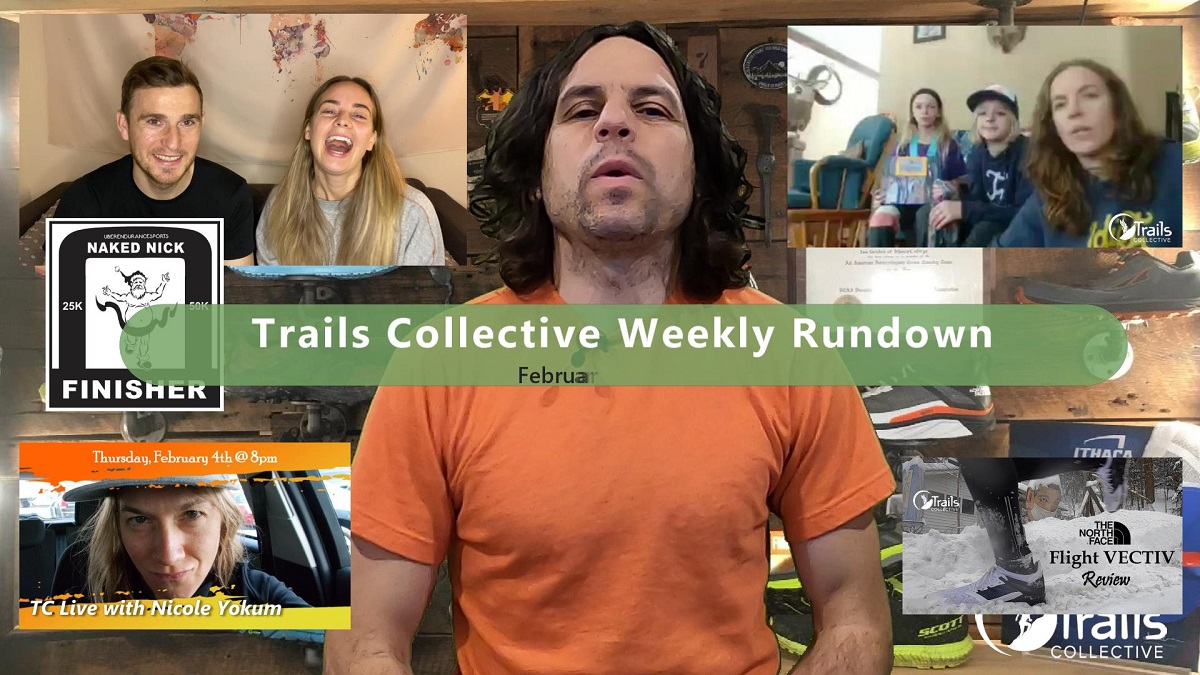 This week we’ll take you through what’s shaking in the Northeast Trail Running world. We bring you voices from the weekend’s races including CJ’s and Naked Nick. A mention of media including our gear review of the week, CULTRA, and the Pain Cave. A shout out to our TC Live interview this week with Nicole Yokum. Cue you into event registrations close to capping out. And breakdown the FKT’s of the week. Let’s dig in.

Wednesday I released a review of The North Face Flight VECTIV, the flagship model in the series. Like the VECTIV Infinite, it was a fun shoe to test. Is the North Face is finally toeing the line with a trail runner worthy of their standing in the outdoor space? Dig in with me.

This Thursday, February 4th Ian will be connecting with Nicole Yokum. We’ll dig into the important topics in life including:

CJ’s Resolution Run ran this past Saturday in Mifflingburg, PA. A mission of the event is to “resolve to overcoming the challenges of Autism”. This wasn’t one my radar, but saw a friend post, and checked in with his family. Becky Kosek and girls provide a window into the runs and weekend in the video episode this week.

UberEndurance Sport’s Naked Nick pushback went down in Leesport, PA. James Smith and Tiffany England walked away with the 25k wins over a 240 entrant field. For the 50k, Justin Scheid and Justyna Wilson took the wins over the 105 finisher field. I was able to check in with Tiffany England, as well as Stephen, who finished 9th in the 50k on the event. Tiffany and Stephen give us the event’s rundown in the video episode.