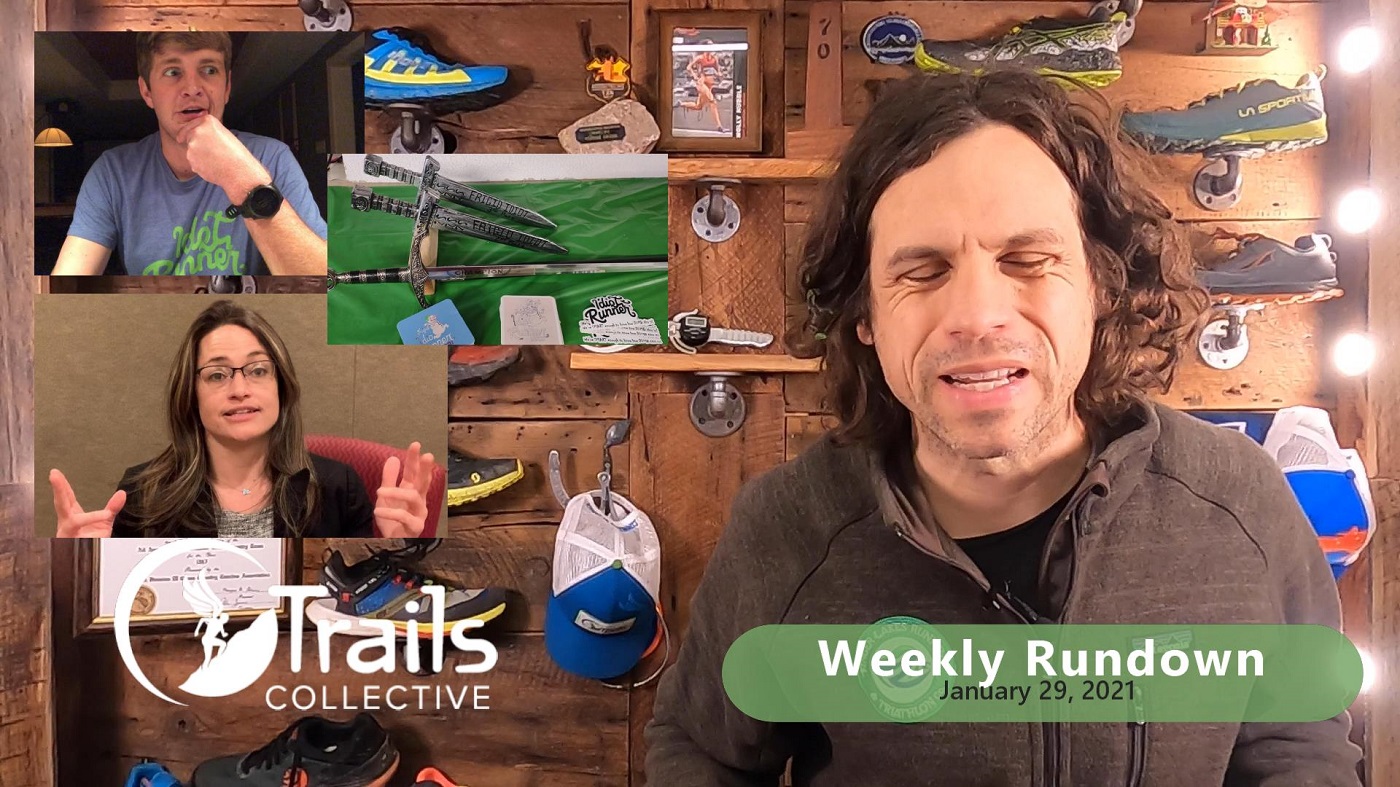 This past week I headed back out for a bonus round on the stickiest outsole rubber comp from the week before. I wanted to get a Vibram Megagrip compound head to head with a Vibram XS Trek, and see how it stacked against the others. Check it out to see if it knocked any others from the podium.

Tuesday I released a review of The North Face VECTIV Infinite, a model from a series that’s been in somewhat secretive development and testing since I learned of it in 2019. It was a fun shoe to test, and the first of a couple I’ll put miles into. Check out the review to see whether the North Face is finally toeing the line with a trail runner worthy of their standing in the outdoor space.

In tonight’s TC Live Interviews Series, I’ll take the reigns at least for a bit as Ellie is headed back to school and getting her academic focus on. I’ll be connecting with the team putting on the Mahoosuc Ridge to River Challenge, a beautiful event that was on my radar this past year. These individuals bring various awesome entities together including Inland Woods + Trails, the Mahoosuc Land Trust, and Maine’s The River Fund.

This Week On the Pain Cave

I’ll also be on this week’s Pain Cave with Jay and Phil. I pulled a friend who some of you may know, Bryon Powell into share the Pain Cave experience with me. We’ll be drafting our ideal trail shoe closets, so no doubt you’re going to want to check it out.

I’m also hoping to go live by the end of the week with my first article in a series on Best Trail Towns, State by State in our region. Stay tuned to see which I chose to roll out with.

the WVMTR Board of Directors adopted and released a Preparedness and Safety Planning Guide for hosting club sponsored races and events during the ongoing COVID-19 Pandemic. You can check that out here.

The event calendar, at least on my radar, was pretty quiet this week. That is, with the exeption of the Frigid Idiot put on by Idiot Runners Eric and Becky Kosek. Looks like they had a good crew out to see who was stupid enough to keep going, all for the podium prizes of swords. If COVID continues we may have to start running with those things in place of bottles, and especially if Sassquatch’s keep turning up in the forests and social media posts. Some contenders held strong, though most on the day, as usual, were Losers. We’ll hear from two in this week’s YouTube episode: Steven Larik and Misty Trowbridge.

Don’t Say I didn’t give you fair warning the past two weeks, but two events just closed out:

The Dirty Kiln Trail Race and Half, running April 10th in Hollidaysburg, PA is 91% full.

Speaking of the Squatch, the Squatchy Onesie Fest “5k-Marathon” (I don’t even know what the hell that means other than a marathon clearly is no longer as tough as when that original dude ran it to spread a message and then died). In any case, it’s 96% full.

Valentines In the Pines, slated for February 13th in Beachwood, NJ is closing in on 90% full.
English’s Ridge Rumble 10 Miler, April 17th in Fayetteville, NY crept up 2% on the charts this week to being 86% full
Runamuck 50k, running on April 4th in Brownsville, VT crept up another 5% and is 81% full.

Connecticut is holding down this past week’s FKT lineup solo. In the mix:

Kate Gelineau 3h 47m for the one-way unsupported mark on the 16 mile Ives Trail, shaving 9 minutes off of two of my teammates, Amy Hanlon and Mendy Gallo’s mark from August 2019