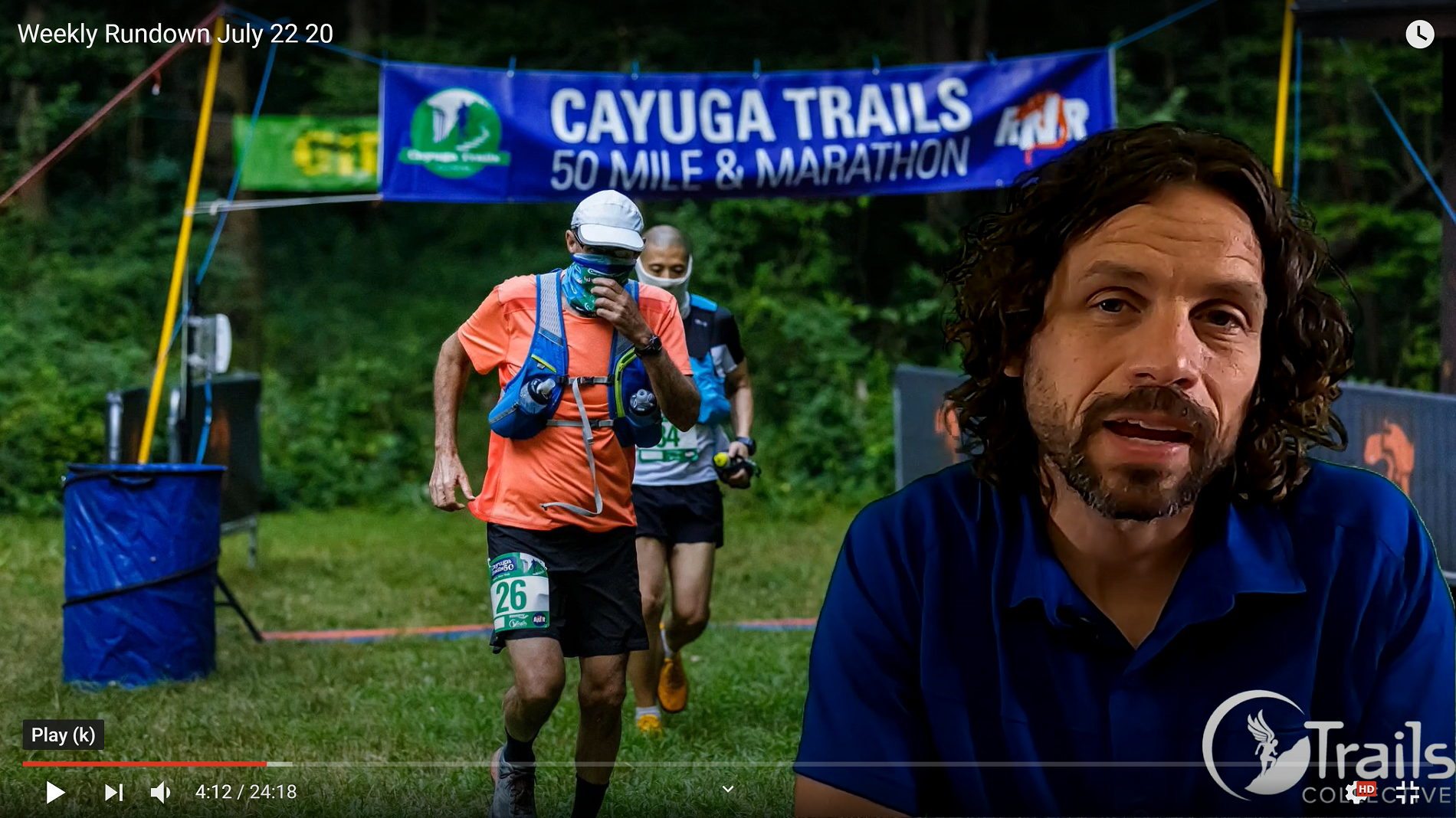 We open with a clip from Matt Lipsey from the revised Sproul 10k in PA. On that note, good to have actual races running where they can.

Results? Smallfoot Trail Fest 5k in Troy, PA a kids event organized by several entities including Revibe Gear. Aside from a little secretive Snipe hunting footage, little is known without the secret handshake.

Prowl the Sproul 10k: Sproul 10k, also had a hot day on the trails. We opened this week’s rundown with a clip from that event, with potentially over 200 runners, but with no results yet posted.

Cayuga Trails 50’s: On the men’s side Peter Flood, from Liverpool, NY put in a solid run to cross the line first in the 50 mile, but with overall win going to Carson Albanese of Ithaca in 10:24 secondary to course and wave considerations. For the women’s 50 mile Sophie Kotok of Henrietta, NY took it in 12:07. Times were slower than in prior years, but, with qualifiers of it being significantly hotter, and the latest course revision, a decent amount more difficult. In the 50k the overall win went to John Damen of Ithaca in 5:22, and for the ladies, Sarah Briggs of Endicott in 6:11. It was the inaugural 50k distance at Cayuga so both of those wins establish new course records.

Lucifer’s Crossing, also a reconfigured loop for this year, with a beastly Red Pine Climb tossed into the mix, saw wins from Alex Chacone of Rochester, NY in 52:27, and Doreen Fanton in 1:08. Go

shen Gallop in Goshen, VT, https://goshengallop.com/, went off with 4 waves of 25 runners per wave. Looked like a beautiful albeit hot day. No results yet posted.

Night Owl 9k in Williamsburg, VA: 161 finishers with Roger Hopper from Chesapeake VA taking the overall win in 35:24, and for the ladies Megan Shultz from Glen Allen, VA in 42:37

Cacopen 12 Hour Trail Challenge, Berkeley Springs, WV: we believe it ran but no results yet listed.

From the VHTRC Facebook Group: Josh Lasky, is the author of Every Step is a Gift. A book written in his experience, and the thought that there are a lot of other people out there who are having or have had a similar experience to mine, and yet feel completely alone. He didn’t know where to turn for support and inspiration when he chose to care for my ailing father, and like so many of us, I made it up as he went along. Now, on the other side of that journey, heel feels certain that he would have benefitted from hearing the stories of others who were in a similar situation to his. Every Step is a Gift: Caregiving, Endurance, and the Path to Gratitude explores Josh’s eleven-year journey as a caregiver to his father while he battled Parkinson’s Disease. It’s the story of their relationship, the lessons learned, and his foray into ultra endurance biking and running. https://www.indiegogo.com/projects/every-step-is-a-gift-by-josh-lasky?fbclid=IwAR2G-v-zEwVuGUdhYt7rPhnyccDamRdH10W9mTW8C1ON2pU6XhZJgOjdVZI#/

Events Running in the Weekend Ahead:

Jug End Loop Ultra in Egremont, MA: 4.2M, 27M, and 6Hr, gone semi-virtual with runners needing to run on the actual course but on their own sometime in July.

Soapstone Assault in Somers, CT, a gone-virtual event put on by the Shenipsit Striders, with events of the classic 5.5 mile course w/ 1,500 feet of gain, and 6 Hrs to be run between July 25 – Aug 2

A runner and an event that we’re following the progress of is PA’s Eric Kosek who is currently en route on an FKT attempt on the 327 mile long Midstate Trail in PA. Four days and a couple hundred miles in, although feeling the effort, he’s hanging in there, and, I believe on pace for sending it in 6 days, we’re hoping to nab a few Facebook live clips from the field in his last few days.

To send us out though, and a clip from the Collective, is a compilation from Christa Benshoff of the Unlucky Idiot challenge from two weekend’s ago.