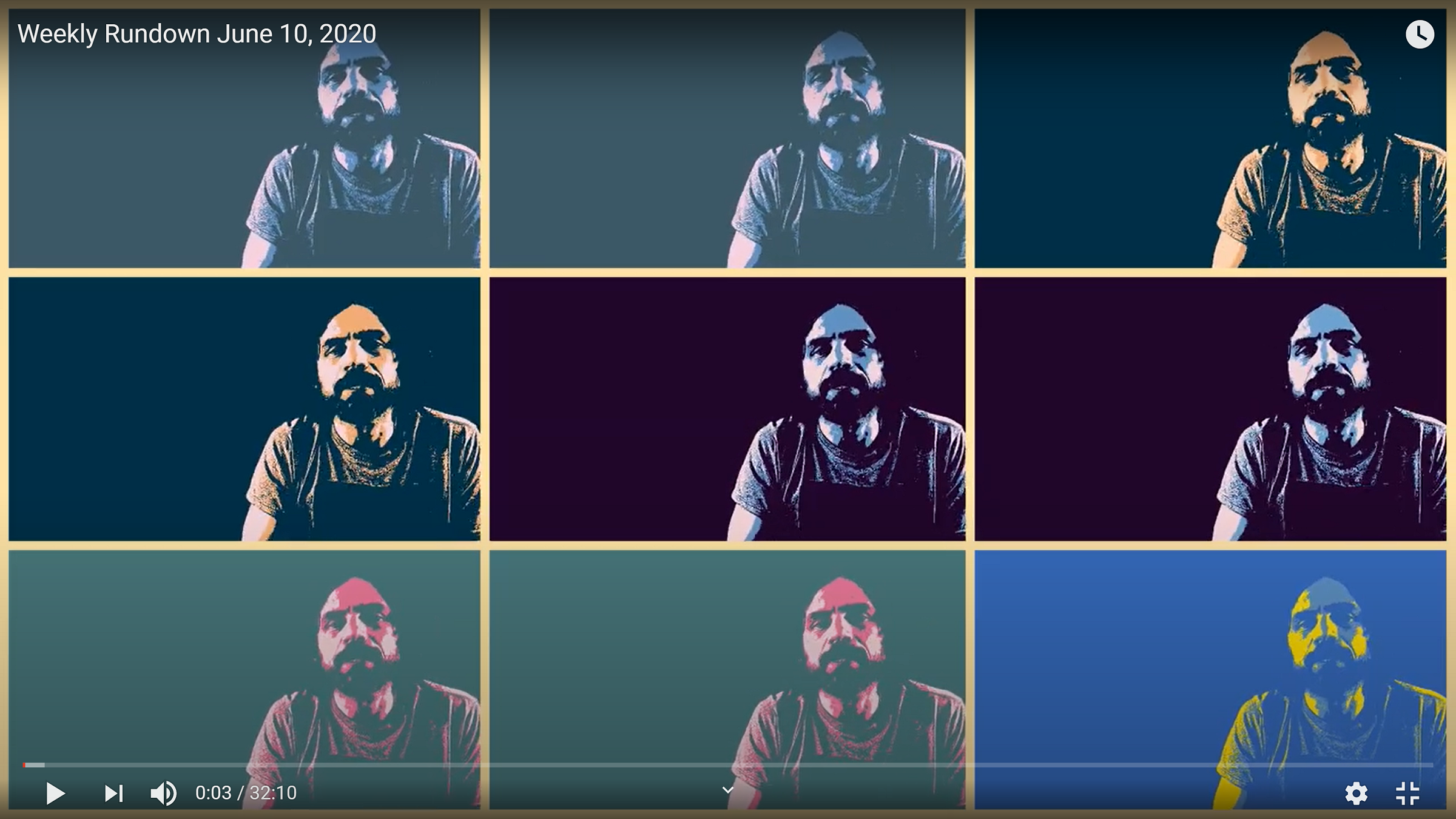 Virginia Happy Trails launches a new website, mentions Massanutten Mountain Trails 100 being open for registration, and Ian makes his first bad choice of 2021 by signing up.

Huge thanks to a few supporters signing on this week:

Sayard Tanis – mountain runner and coach out of PA.

Brian Vanderheiden of www.SteepEndurance.com, with a shared path of putting on beautiful and challenging trail events. Join me for the Macedonia Trails runs on September 13.

Races: An actual in-person live race goes off with the “Run with a View” Mt. Pisgah Challenge. Youngen Conrad West takes the win in a field of roughly 130. The race was in memory of former park employee Ed Bustin who was wicked supportive of people getting out and active. For 10 duckets entrants got a shirt, medal, and food. That’s classic.

In CT A former teammate from Ithaca College, Jake “the Macho Man” lowers the mark on the Orange Yellow Tunxis Trail Figure 8 to just over 50 minutes, followed by the Iron Trail Out-Back time to 58:02. Andrew Orefice lowered Scott Newcomer’s mark on the CT portion of the New England Trail to 31:05

In DE Brian McFarland established the self-supported benchmark on the 59km Brandywine Trail between PA and DE to 5:24

In Maine Iain Ridgway in the Androscoggin State Park circuit, taking both the One Way and Out-Back. Iain’s time of 1:09 bested the prior mark of 1:15 set only the day prior, and the mark before that of 1:17 set in May. And, he didn’t fall too much off the pace in doubling back for the Out-Back in 2:26.

In MA Ryan Williams and Jason Gray set off to circumnavigate the Quabbin Reservoir outside of Boston, covering the 65 miles in 13.5 hours. and Quabbin Trail NH Joffery Peters lowering the Cardigan Mountain State Park Loop time, set in March and May of this year, to a new mark of 1:54.

In NY Carson Albanese, who has a CBD supplement company called www.TopiaOrganics.com, lowered the Interloken Trail Out and Back through the Finger Lakes National Forest to 3:20

Kelly McDonald established the women’s baseline mark of 3:22 on the Onandaga Trail

Frankie DiSomma hit the beautiful Whiteface Esther Trail, lowering the only 2 week old record by a hair 90 seconds to 2:04

Devil’s Path: arguably one of the tougher segments anywhere, with over 9,000 feet of gain over 24 miles, w/ some pretty technical terrain, saw some pretty incredible performances Devil’s Path One Way Unsupported – Joshua Reid, after several misses over years of dialing this route in, saw it all come together, lowering Ben Nephew’s mark from 2015, by 18 minutes to 4:35 Devil’s Path Out – Back – Tristan Baxendale, setting the benchmark to 13:30 VT Anthony Staples and Will Taylor cruised through for a baseline mark on the Bolton Backcountry Loop in 4:29

On the TrailsCollective.com Message Boards In the PA State Message Board – Aaron Stredney has his eyes on Rocksylvania’s Midstate Trail. Eric Kosek, find yourself to that thread and weigh in with some beta.

In Podcast News the conversation is on race and us as a community doing better. Ellie urges each of you to listen to the regional podcasts including Connecticut Trail Ultra, Pain Cave, Hamstrings and Heartstrings, and Running Inside Out. Black Lives Matter. Racism is real and Ellie digs into that a bit and of her own feelings including with calls to appreciate, educate, and support minority owned businesses.

Trails Collective Media I want to take a minute to highlight a few videos Ian and I put out this week TC Interviews Richard Wayshner: I welcomed Annapolis MD native Richard Wayshner to the show. Richard recently won the Broken Ladder Challenge, a last runner standing type event that begins with 1 mile run on day one, 2 miles on day two, 3 miles on day three and keeps going until there is only one person left. In this episode we talk about the mental training and fortitude it took to run an ultra a day for over a week, how he keeps going when niggles might show up, and more!

There’s a new Steep Endurance virtual event this Saturday, June 13 starting at 8:00 a.m. It’s a “last person standing” type event called the Beat the Clock Challenge. It’s a little different than the typical backyard ultra in that it’s half the distance (2.08 miles) and half the time (30 minutes). Plus, every hour (or every 2 laps), the time decreases by 1 minute to finish the lap. This will force runners to run faster as the time crunch gets more difficult. 25% of the entry fees will go to the winners of each division (male and female). You can run either outside or on the treadmill. A portion of the proceeds will also go to the First Responders Children’s Foundation. Signup at https://runsignup.com/Race/CT/AnyState/BeatTheClockChallenge

We close with clip from the Trail Sisters of South Central PA.